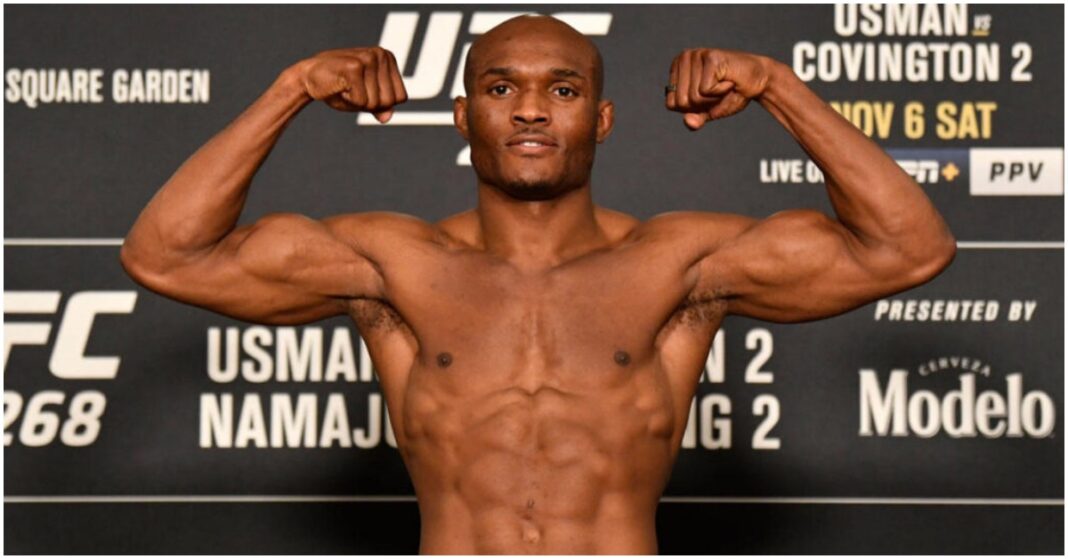 Kamaru Usman has chimed in on the UFC 272 main event which will see two of his former foes, Colby Covington and Jorge Masvidal square off.

‘The Nigerian Nightmare’ has beaten both men twice during his reign as welterweight king.

Usman first faced Covington at UFC 245 in one of the best 170lb fights of all time. The two men, who are most known for their grappling ability, went to war on the feet for five rounds before Usman picked up a late stoppage win.

The 35-year-old again beat Covington in another barnburner late last year. ‘Chaos’ survived a rough first two rounds to make a fight of it at UFC 268 but ultimately fell short against Usman once again as he lost via a unanimous judge’s decision.

Before that, Usman twice handled Masvidal. He first beat ‘Gamebred’ at UFC 251, dominating the for five rounds in what proved to be a rather dull grappling affair.

As Masvidal accepted their first fight on just a few days’ notice he was given a rematch. After a full camp, the BMF titleholder was knocked out inside two rounds, officially bringing an end to his short rivalry with Usman.

Covington and Masvidal are determined to work their way back to a title shot. Whoever wins at UFC 272 will most likely be one more win away from another crack at Usman.

During a recent interview with TMZ Sports, Usman gave his pick for the UFC 272 main event, he said.

“I think it’s an incredible fight. I think both guys are skilled and both guys know each other. I just think Colby has a little bit more tools to be able to win. He has the wrestling edge. He has, I would say, the cardio edge and his striking is not that bad. Of course, the speed advantage I would give to Masvidal but I just think Colby has a few more ways to win than Masvidal.

Do you agree with Kamaru Usman? Does Colby Covington have more tools than Jorge Masvidal?