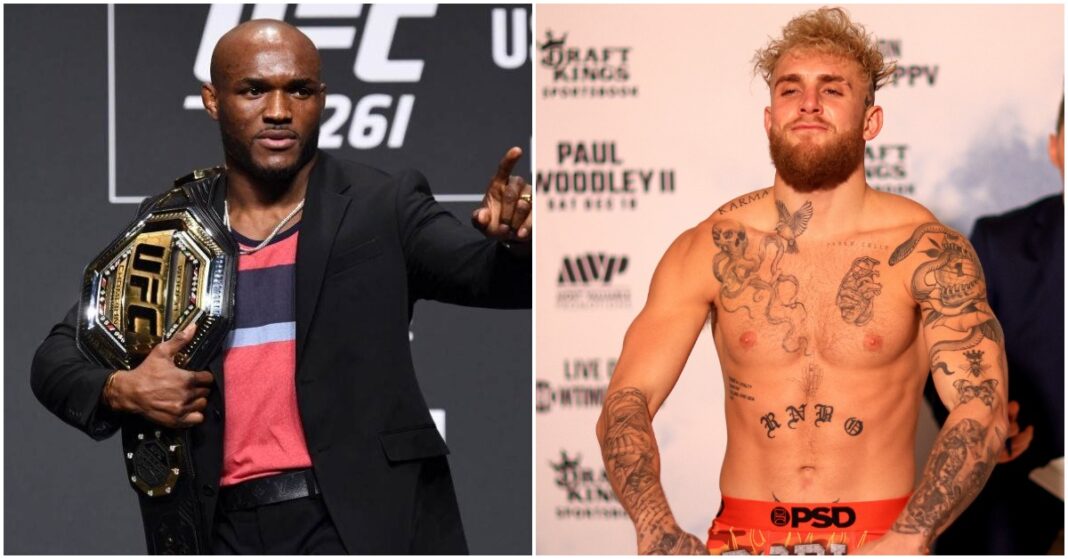 The UFC welterweight champion doubts Paul would be able to pay his fee because he believes while ‘The Problem Child and his brother Logan Paul make a lot of noise, they don’t necessarily make tons of money through boxing.

During a recent conversation with Shannon Sharpe on Club Shay Shay, Usman compared his pay-per-view numbers to Jake Paul’s before agreeing to fight the 25-year-old for $100 million.

“These guys, they making a lot of noise. That’s good. They got the YouTubers, and they got the new generation, these new kids involved and watching them. That’s fine,” Usman said. “But they don’t equate to dollars. It’s not them… Jake Paul, he says, ‘We doing these numbers.’ You can add up every fight Jake Paul has had and their pay-per-view numbers weren’t more than what I did in my last fight. They can say whatever they want to say. He can say this or that. Write me a check for $100M Jake Paul, I’ll be there to kick your ass next week.” (Transcribed by Sportskeeda)

Kamaru Usman Is Making A Habit Of Talking About $100M Paydays

‘The Nigerian Nightmare’ has been angling for a crossover fight with boxing superstar Saul Alvarez for some time now.

Usman hopes the mega-money match-up will happen sooner rather than later.

“Absolutely I see myself winning the fight, everything can’t be done until it’s done,” Usman added. “We’re talking nine figures, for sure.”

Do you think Kamaru Usman is looking to cash out of fighting?