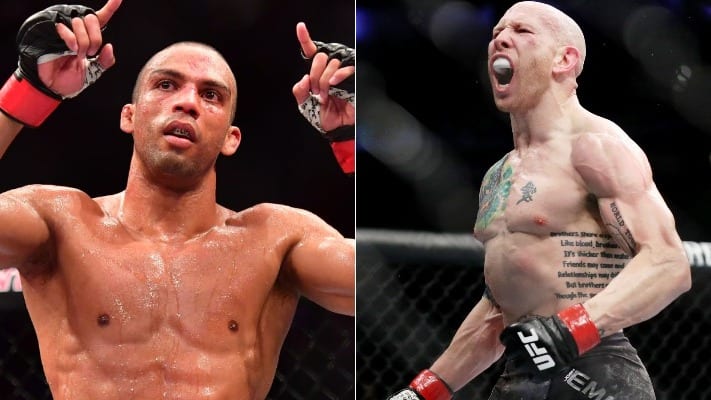 It looks like Edson Barboza’s request to leave the UFC didn’t last long.

Barboza made headlines in recent days when he requested his release from the promotion. The Brazilian appeared to be frustrated at the inability to find an opponent for his featherweight debut.

“I’m very thankful for these almost 10 years that I have been working for the company! I gave my best every single fight to put on a show for the fans, but I think it’s time to move on,” Barboza tweeted. “I don’t have more time to wait. Please let me [email protected] @seanshelby @danawhite”

Fast forward a few days and it looks like the UFC have responded.

As per Brazilian publication Combate, Barboza has now verbally agreed to a fight with Josh Emmett for UFC Oklahoma City on May 2.

An official announcement of the fight should be expected soon if Emmett is receptive to the idea.

Emmett is on a two-fight winning streak and has also won four of his last five outings. His most recent victory was a TKO win over Mirsad Bektic.

Barboza, meanwhile, is on a two-fight losing streak and has lost four of his last five outings. He will be now be looking for a change in fortunes at 145-pounds.