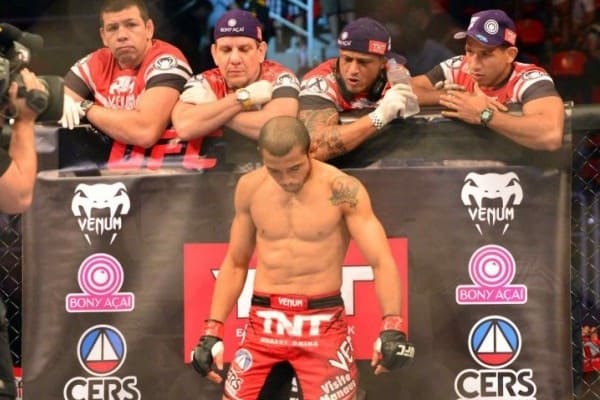 It was garnered by many to be the biggest fight in the history of the UFC. It was the first fight that UFC officials agreed to do a world press tour for. It pinned the No.1 pound for pound fighter in the world, against the most outspoken Irishman to ever grace the UFC. That fight, Jose Aldo vs. Conor McGregor, is not happening.

Just now, UFC President Dana White was featured on Sportscenter, where he officially cleared up all rumors. It was our worst fear, and one that we all thought would eventually come true.

Last week, Jose Aldo was sparring, when his training partner accidentally cracked some of his ribs. All fight fans know that broken ribs can be one of the worst injuries for any fighter to endure. Aldo visited the hospital, with reports coming out immediately saying the Brazilian champ would be out indefinitely.

After much speculation, Aldo and his camp claimed that he would attempt to train, and later made a decision to go forward with fighting McGregor.

Now, with just under two weeks until the fight, Aldo has pulled out. I honestly can’t blame him.

McGregor is a master manipulator. He was able to use his talking abilities to get inside of Aldo’s head, and overtime, he broke Aldo down. McGregor continued to have fun, and boost his own ego, while Aldo simply wasn’t having any of it. Fans became so excited to see these two square off, but now they must wait a little longer.

Now, it’s not all done for McGregor. Former No.1 contender Chad Mendes made the trip to Las Vegas, to train and prepare for a fight with McGregor, pending Aldo’s injury forcing him to withdraw from the fight.

Despite fans being somewhat let down, we will get to see McGregor take on Mendes. Although it won’t be of the same magnitude, McGregor vs. Mendes is certainly a very intriguing fight.

We wish Aldo a speedy recovery, so that he can get back in the ring and ultimately take on the winner of the sure to be No.1 contender match between McGregor and Mendes.