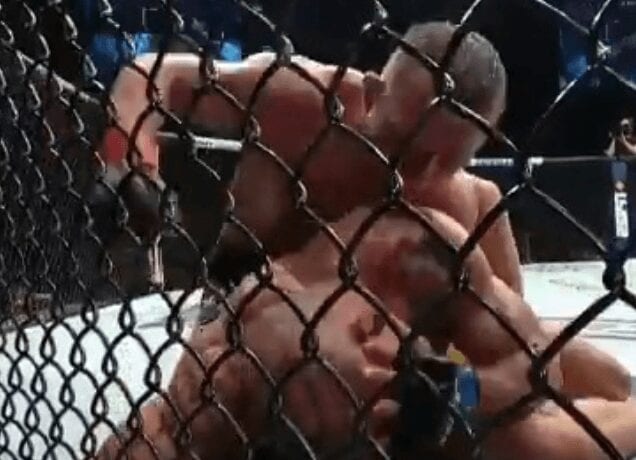 Despite coming up short, Jose Aldo was pleased with how he performed against Petr Yan.

Aldo took on Yan for the vacant bantamweight title at UFC 251 last month as he looked to become just the fifth two-weight champion in promotional history.

Although he enjoyed promising start to the fight where he had his fair share of moments, Aldo eventually slowed down before succumbing to a fifth-round TKO at the hands of Yan who became the new undisputed king of the division.

And while he doesn’t rewatch his fights, the Brazilian was happy with how the contest played out in his reflection of it.

“Pretty much everything worked out,” Aldo told MMA Fighting. “Everything we thought would happen in the fight happened. It was a very tough fight. We were basically tied going into the fifth round, but the main factors in the fight were a kick that landed on him and his punch that got me in the first and affected me. I thought it would be a tough fight, but I would be able to control it.

“We fought smart for two rounds. When I came back to the fourth, I don’t know why I changed my strategy again. I should have kept it, controlling the distance, but it’s his merit for imposing his rhythm, coming forward and controlling until the fifth. We thought about fighting [the way I did in round one], but he connected a good punch, and I went down and stayed there for a while trying to recover and couldn’t fight until the end.

The end of the fight saw a turtled up Aldo take a number of punches from Yan for over a minute before referee Leon Roberts ultimately decided to stop the bout.

Roberts received plenty of criticism afterward for what seemed to be a late stoppage. However, Aldo could only praise him.

“The referee was great, man – excellent work by the referee,” Aldo said. “It’s hard to think about stopping a title fight. If he stopped it early, everyone would talk about it. I wasn’t out at any moment. I went down and was trying to recover. Everyone who gets in there, or those who have been knocked down before, knows how the body reacts. You get slower, that’s a fact. Fighters who say it should have been stopped earlier are just kidding themselves. You get slower, you try to move, but it’s completely different.

“To me, the referee did an excellent job. Getting punched once or twice more won’t make any difference in your life. You’re willing to do it. What if the referee doesn’t stop it there, I recover and land a good one that knocks him out? Every referee goes to our locker room before the fight to go over the rules, and I always tell them to not stop the fight, only if I have no reaction. As long as I’m fighting, let me in there. It’s part of the sport.”

Regardless of how his bantamweight career has gone so far — with a 0-2 record now — Aldo still plans on competing for the time being.

“I’m an athlete,” Aldo added. “I’m a fighter. This is what I’ve chosen for my life. As long as I have this hunger to train and learn, to get out of my comfort zone, brother, I want to fight. That’s the goal. I’ll get back to training, do what ‘Dede’ and I are planning, and ask Dana (White) for a fight.”

What do you make of Aldo’s comments?