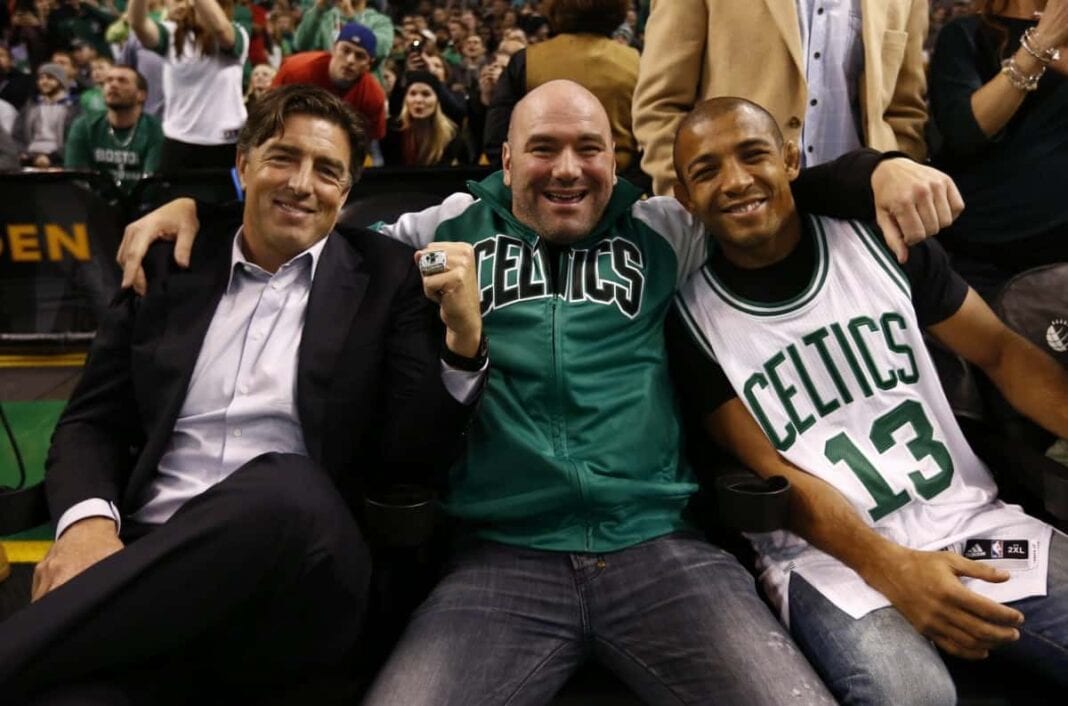 Long-time UFC featherweight kingpin Jose Aldo has come under some serious heat over the past month or so ever since he pulled out of his highly-anticipated mega fight with Conor McGregor, which was scheduled for UFC 189 (July 11, 2015).

After a tremendous amount of hype, bad blood, and promotion, fans as well as the UFC brass were disappointed when Aldo suffered a rib injury, forcing the UFC to switch things up and have Chad Mendes take on McGregor for the interim title, a bout that McGregor was victorious in.

Aldo has since healed from his injury, and it seems as if the Aldo-McGregor bout is now being targeted for December, but the champion hasn’t forgot about all of the criticism especially from UFC president Dana White, who stated that Aldo should’ve been wearing body pads while training so close to a huge bout.

Speaking during a media scrum during UFC 190 fight week (Via Bloody Elbow), Aldo fired back at White, saying that body pads are never used, and that God is his protection. Aldo also mentioned that everything happens for a reason, and that the fight will now be even bigger:

“That never happened at Nova Uniao,” Aldo said about discussing using added padding during training. “Our protection is God.”

“God always has something good for us, and now the fight is going to be two times bigger. The fan expectation, him being the champion, everything will be bigger,” he continued. “About the protection, we always trained like this. Not only me, but other athletes already pulled out from fights with rib injuries, ankle injuries. That’s part of the job. It’s a contact sport.”

Continuing on, Aldo said that he relies on God, and that protection is for the weak. The champion also addressed the criticism of training with heavier fighters, and he answers that it’s strategies like this that have made him the fighter that he is:

Should “Scarface” listen to White, or was it really just a freak accident?