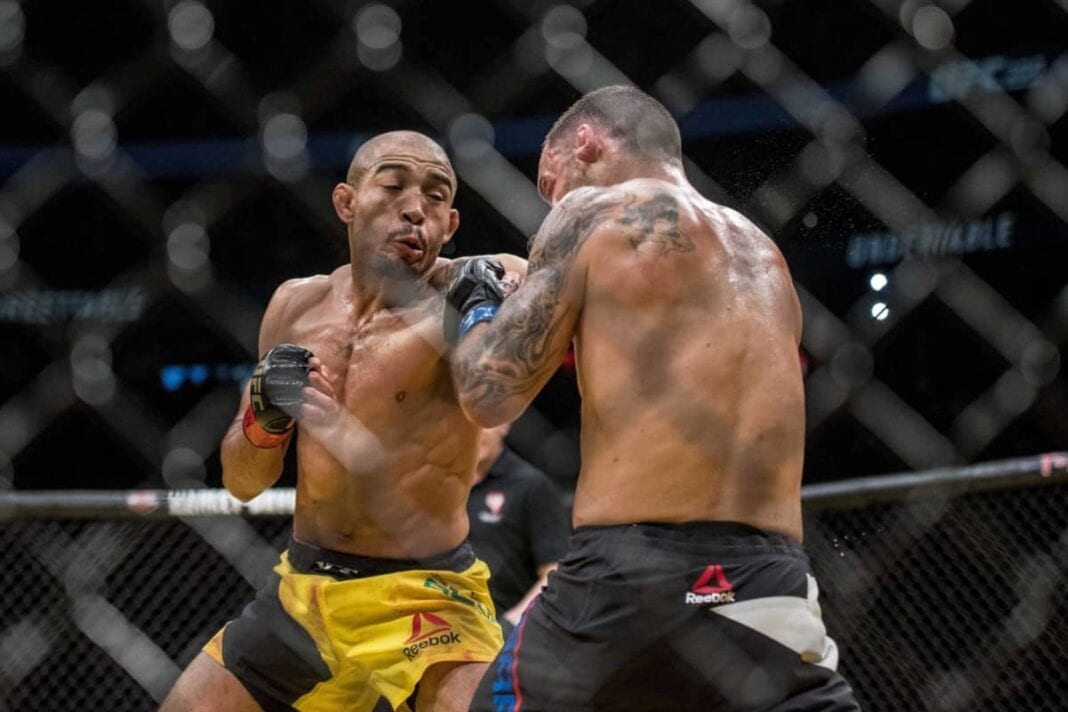 Former long-time UFC featherweight champion and current interim 145-pound title holder Jose Aldo may have had the inside scoop on his UFC 200 opponent, Frankie Edgar – and it wasn’t because the two have previously faced off back in 2013. Recently speaking with MMAFighting.com in Brazil, Aldo claimed to have had a spy in Edgar’s training room prior to UFC 200 which is why he didn’t throw too many of his patented leg kicks throughout his decision victory over “The Answer”:

“If I kicked, he’d take me down,” Aldo said during a media day at Nova Uniao on Wednesday. “We had a few spies from the other side, people that were training close to him the entire week, and they always came and talked to us. So I had to stop kicking and my left hand, because he would counter on that.”

Aldo, in all seriousness, once again reiterated the idea that he sent someone to Edgar’s training room to retrieve him specific information regarding the former lightweight champion’s game plan:

“Of course I had. Otherwise, why wouldn’t I kick? That’s my instinct,” Aldo said. “So we always have a spy. We send someone to be a part of that training [room] and then they give us information. We get that information and know what they are training.”

While “Scarface” wouldn’t reveal the name of his spy, he did imply that this wasn’t the first time he’s used this tactic. He also made it clear that it’s typically a fellow Brazilian who does the dirty work for him:

“Thank God it always happens, man,” Aldo said. “We always have Brazilians in the other corners. When I go train in the first day, I also see the list of cornerman. And, if there’s a Brazilian, we go after him and ask him to take a look, because that helps a lot.”

Heading into the rematch, Edgar had won an impressive five straight including three by way of finish while Aldo was coming off of a devastating 13-second knockout loss to reigning champion Conor McGregor. Many had thought the red hot Edgar would have a solid chance against the Brazilian, but “The Answer” never seemed to get his wrestling going, and he had little success on the feet. Aldo, on the other hand, showed up in vintage form.

So what do you make of the former champion’s comments? Did his so called ‘spy’ help steer him to victory in ‘Sin City’, or would he have come out on top regardless?