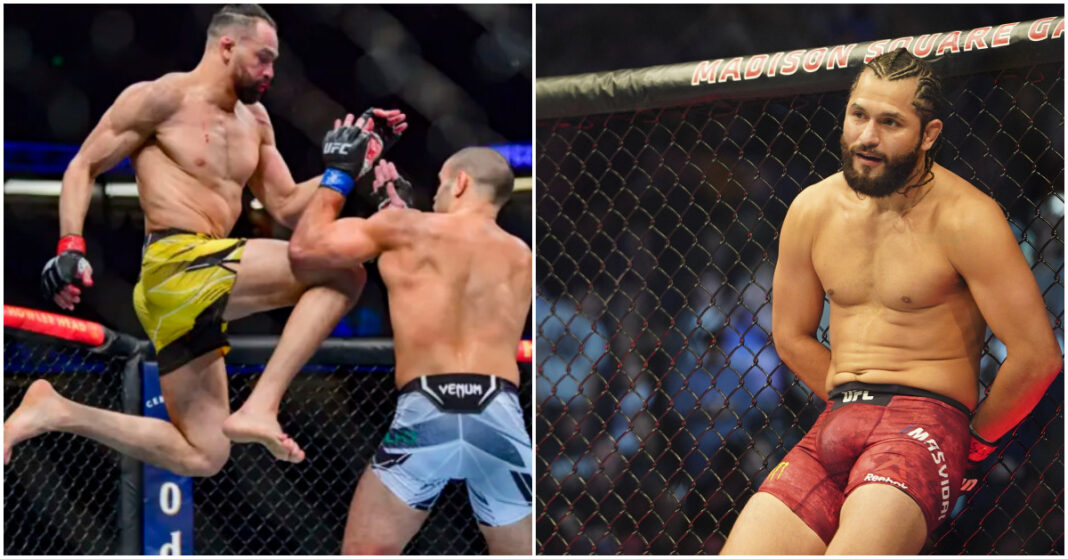 This past weekend, Michel Pereira returned to action for the second time this year to take on Santiago Ponzinibbio at UFC Fight Night 206: Holm vs. Vieira. In a close-fought contest that went the distance, Pereira managed to come out on top by a split decision. As good of a performance as he had delivered, the real talks surrounded his words on the mic.

In the post-fight interview inside the octagon, ‘Demolidor’ took his shot to call out Nate Diaz and Jorge Masvidal. Both welterweights are well past their prime and have the star power to make big money fights. A potential fight against either of the two will likely translate to a significantly bigger paycheck for the other fighter.

While many believed their ability to generate cash to be the main source of Pereira’s call out, the 28-year-old Brazilian revealed a more personal reason behind his actions. During the post-fight press conference at UFC Vegas 55, Michel Pereira was asked about his claims of having a problem with Jorge Masvidal, and why he really wanted to fight him.

“So, he sent an emoji to my wife,” Pereira said. “The emoji with the two hands together (like this, Amen). He sent it to my wife and didn’t send it to me. I never actually cross paths with him, never had the chance to ask him. So I figured, I really won’t understand but might as well stay inside the octagon. So just, settle over there.”

Considering how Jorge Masvidal has spent the last three months embroiled in the controversy surrounding his alleged physical altercation with Colby Covington, a return to fighting may look far-fetched anytime soon. Pereira has only been in the UFC for three years and scoring a big draw in his next fight may not fit the promotion’s plans well.