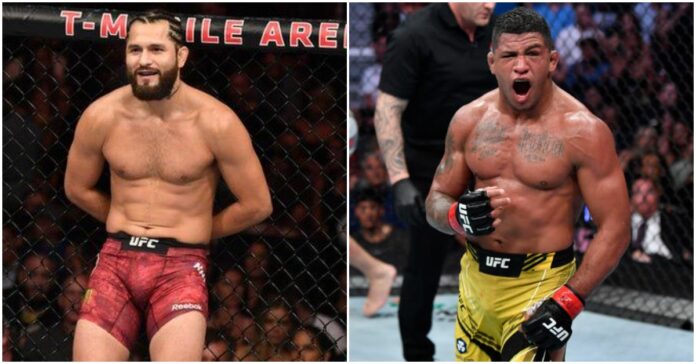 Although freshly coming off a loss to Khamzat Chimaev, the three-round war raised the Brazilian’s stock along with his profile. The potential fight of the year saw Burns push the fearsome ‘Borz’ to the bitter edge despite coming in as a huge underdog.

Following this performance, the 18-fight UFC veteran believes he was deserving of a big-name opponent, calling for guys like the Diaz brothers and Jorge Masvidal.

“To be honest with you, I want a big fight,” Burns said to TSN. “I don’t know who. Nate Diaz’s name is always on my mind. Nate or Nick, that’s a fight that I’ve always wanted to do. We’ll see, I think maybe Masvidal, then I’ll fight contenders again.”

It seems now that Gilbert Burns may have gotten a bite from one of the biggest names in the sport in ‘Gamebred’.

Masvidal has been relatively quiet since his loss to bitter rival Colby Covington and has a subsequent arrest for assault on ‘Chaos’, but took the time to accept the fight with Burns over social media.

Who would you have, Jorge Masvidal or Gilbert Burns?