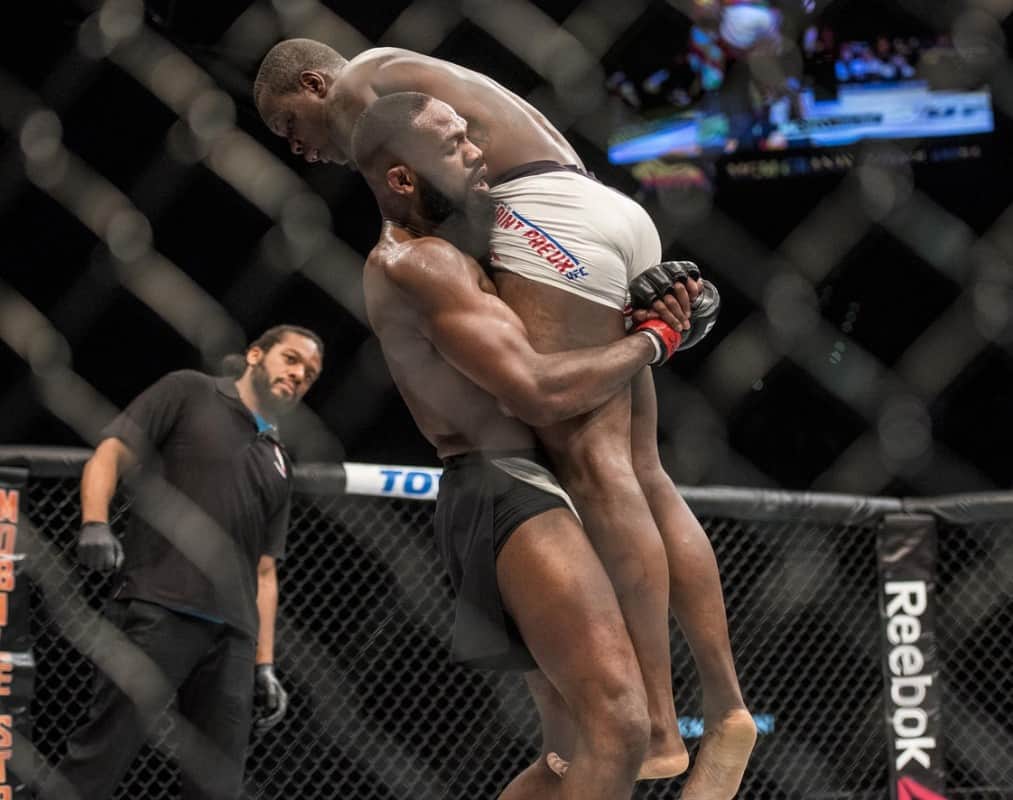 It certainly wasn’t his finest or most dominant performance, but all-time great former UFC light heavyweight champion Jon Jones finally made a triumphant return to the Octagon when he met late replacement Ovince St. Preux in the main event of last night’s (Sat., April 23, 2016) UFC 197 from the MGM Grand Garden Arena in Las Vegas, Nevada.

Showing the obvious effects of ring rust after more than 15 months out of the cage, it was clear that Jones needed some time to get going, but even despite that fact, St. Preux couldn’t mount much offense against the longtime champ aside from a few brief moments.

“Bones” used his trademark range and side kicks to the legs to routinely batter OSP and stifle his forward progress, and he was also able to use his vaunted clinch game to push the Tennessee -based fighter up against the cage to repeatedly slam him to the ground with some effective takedowns.

After the fight, Jones rejected the interim title that he won for beating St. Preux, admitting that he had a lot to work to do before he fought current champion Daniel Cormier and would be back in the gym soon.

For now, check out the full fight video highlights of his somewhat lackluster — but still one-sided — return win here: