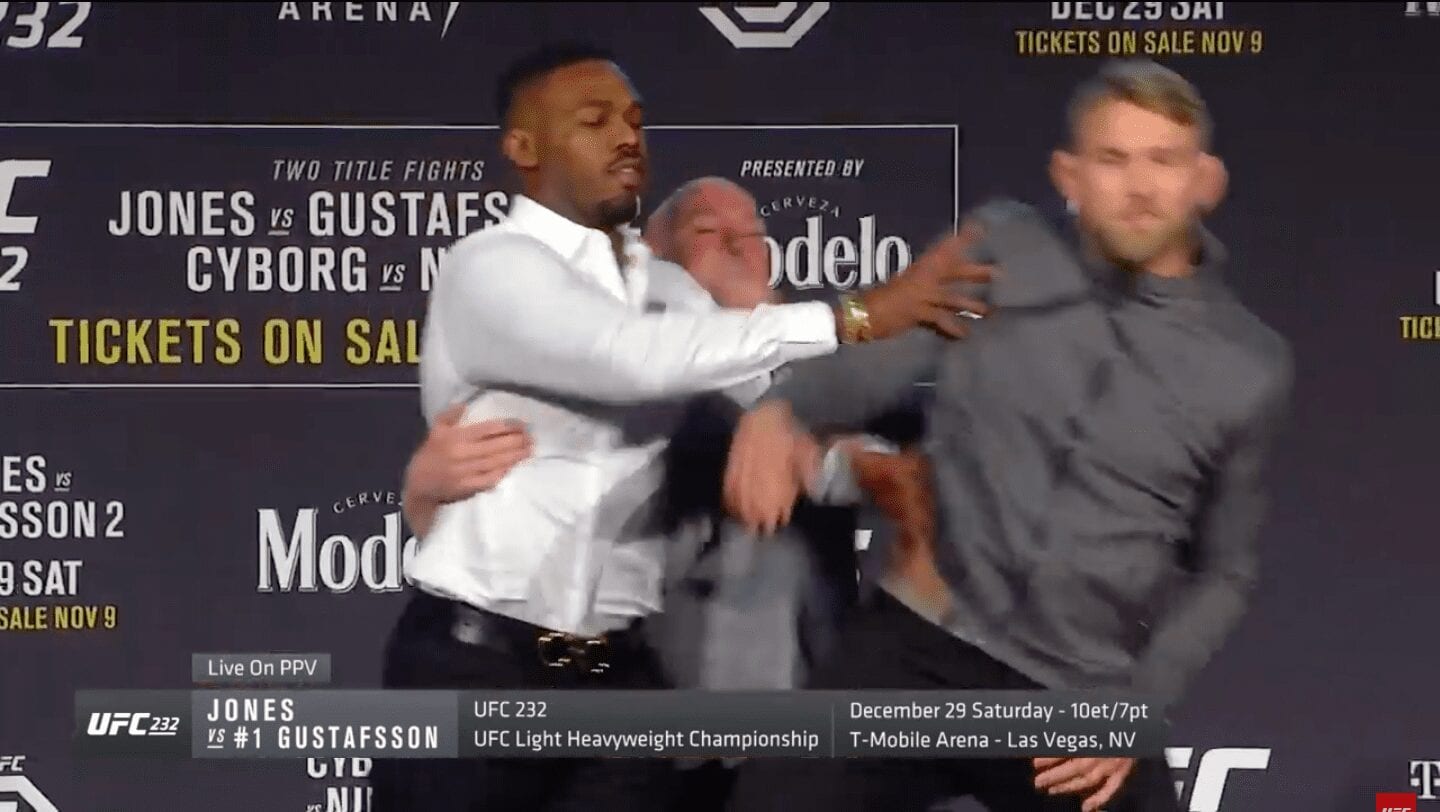 Earlier today, the UFC held its pre-fight press conference for UFC 232. The pay-per-view (PPV) will go down from the T-Mobile Arena in Las Vegas, Nevada on December 29th, 2018.

In the main event, Jon Jones will fight Alexander Gustafsson for the UFC light heavyweight championship. The two 205 pounders fielded questions from media today ahead of their December clash. After the festivities wrapped up, the traditional staredowns got physical.

Jones and Gustafsson fought for the spotlight in front of the cameras, before “Bones” shoved Gustafsson away. UFC President Dana White jumped right in to break things up. Check out the video here:

Jones and Gustafsson’s fight will be a rematch from their initial meeting back in 2013. Jones bested “The Mauler” via controversial unanimous decision. He retained his then-light heavyweight championship in the process. However, even at today’s press conference, Gustafsson still believes he won the fight, and the judges scored the contest wrong.

With that being said, he’s looking forward to attempt and right the wrong that occurred in Canada several years ago. Current light heavyweight champion Daniel Cormier will be stripped of the title when their fight starts. The winner of Jones and Gustafsson will be declared the division’s new undisputed champion.