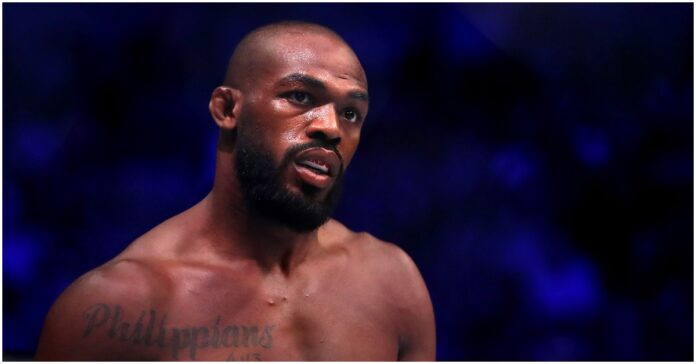 Jon Jones decided to fire back at Dan Hooker on Christmas day.

The former UFC light-heavyweight champion has been receiving flack from fighters and fans around the world ever since he was arrested on domestic violence charges back in September. Jones put himself back in the firing line last week when he reacted to Chael Sonnen’s recent arrest and suggested that ‘The American Gangster’ was apprehended for the same crime.

It has since come to light that Sonnen was in fact protecting his wife and may have beaten up five people in the process. Upon hearing of Sonnen’s heroics, Hooker took to social media to throw a dig at Jones.

“Imagine beating up 5 people and not one of them is your wife,” Hooker tweeted. “(JJones (Jon Jones) rn (mindblowing emoji)

Jon Jones Suggests Dan Hooker Is Jealous Of Him

‘Bones’ waited for three days to hit back at Hooker who he seems to think is attacking him out of jealously. Jones compared his achievements to ‘The Hangman’ rather than directly addressing the comment referencing his domestic abuse arrest.

“@danthehangman, every opportunity you’ve had to make a name for yourself and be closer to your boy Izzy, you dropped the ball,” Jones tweeted. “You can’t achieve greatness, so you hop online and attack someone who has. Sounds about right”

Do you think Jon Jones has a point? Is Dan Hooker attacking him out of jealousy?