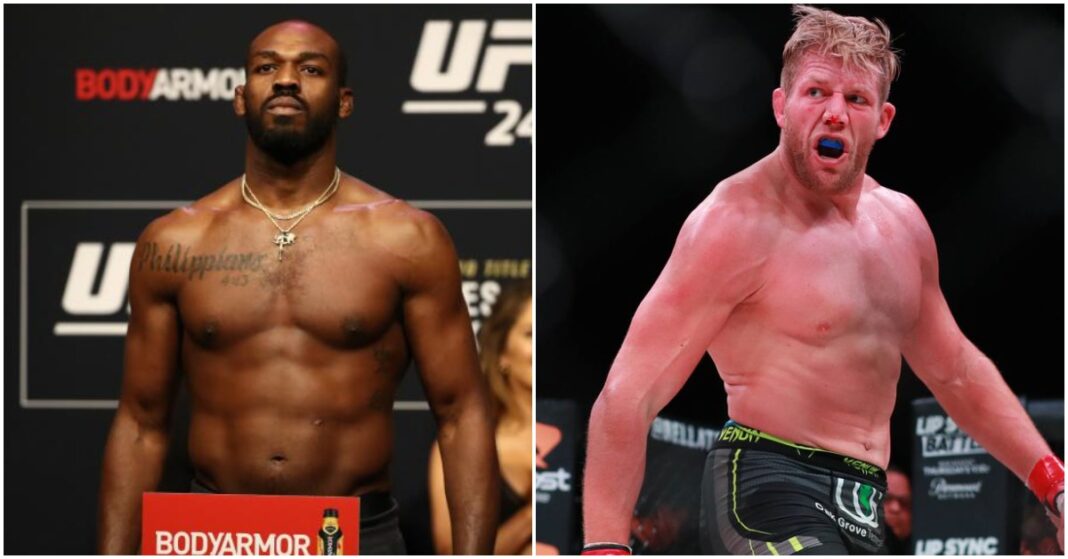 Jon Jones could finally be back in action later this year, unfortunately, we will not get to see him competing inside the UFC Octagon.

The former light-heavyweight king took to social media on Saturday to announce that he is set to grapple Jake Hager of professional wrestling and Bellator MMA fame.

“Breaking News!! I’m excited to announce I’ll be competing for the number one grappling organization in the world, Fury Grappling!” Jones wrote in a since deleted tweet. “December 9th I’ll be in New Jersey competing against WWE superstar and undefeated Bellator heavyweight Jack swagger.”

Hager appeared to be caught off guard by Jones’ announcement and quickly poured cold water on the potential grappling match. Although, he did add that it is something he would be open to doing for the right deal.

“First of all it’s @AEWonTNT and undefeated @BellatorMMA heavyweight Jake Hager, secondly no terms have been discussed or contract signed. We can talk if terms are right.”

Jones replied by taking a swipe at Hager’s follower count before once again deleting his tweet.

“Come on people let’s get Jake to 1 million followers, sorry I didn’t know who you were. Lol.”

According to MMA Junkie’s sources, a December 9 grappling match between Jones and Hager is a real possibility but it must be noted that ‘Bones’ has defiantly made a premature announcement.

Jon Jones Is Eager To Compete After His Long Lay Off

The light-heavyweight GOAT hasn’t fought since picking up a somewhat controversial decision win over Dominick Reyes at UFC 247 in February 2020.

Jones is currently bulking up to heavyweight and will not compete in MMA until 2022. It appears he will make his divisional debut in a title fight against the winner of Francis Ngannou vs. Ciryl Gane which is expected to take place at UFC 270 on January 22.

Do you want to see Jon Jones and Jake Hager grapple?