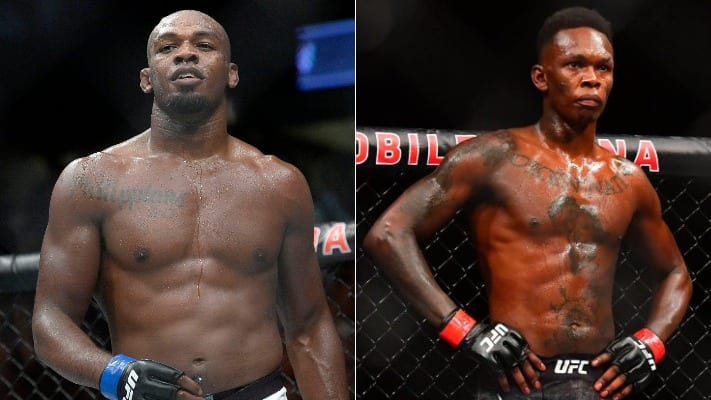 Former UFC light heavyweight champion Jon Jones took to Twitter to take aim at middleweight champion Israel Adesanya, insinuating that “The Last Stylebender” has been ducking a fight against him.

While he hasn’t been seen in the octagon since February, Jones has kept himself busy through social media. After setting his eyes on Daniel Cormier over his claims that Jones doesn’t belong in the GOAT conversation due to his drug failures, he turned his attention towards Adesanya and the long rumoured fight between the two in a series of tweets.

Jones and Adesanya have been trading barbs for months. Recently, Adesanya even laid out his plan to win the light heavyweight title and defend in against Jones in the summer of 2021. He also claimed that Jones was washed up and mocked him for his delay in moving up to heavyweight. Jones returned fire saying that Adesanya is only moving up to light heavyweight because “Bones” had left the division.

Jones also took umbrage with anyone who claimed that it was he who was ducking the fight by moving up to heavyweight, and mocked the idea that Adesanya would also move up to make the superfight happen.

Adesanya has made himself into a pretty big name in the UFC, and with Jones and Conor McGregor seeing limited action inside the cage over the past few years, it looks like the company is pushing him to be their next superstar. A fight against Jones would be easily the biggest fight to make for him, but they are going to have to find a way to get both men to agree to terms.

Do you think we’ll ever see a fight between Jon Jones and Israel Adesanya?