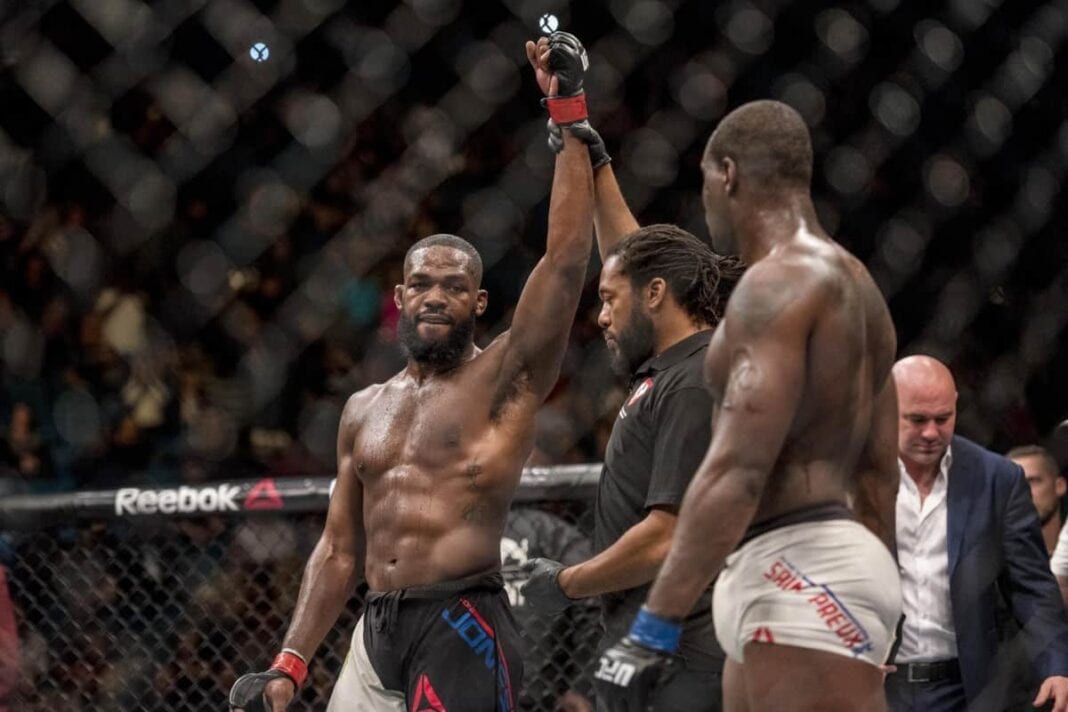 After having a disastrous 2015, Jon Jones (22-1) finally returned to the Octagon for UFC 197. His opponent was originally supposed to be Daniel Cormier for the Ultimate Fighting Championship (UFC) light heavyweight title. Instead, he met Ovince St. Preux (19-8) for the interim championship.

Jones defeated “OSP,” but it wasn’t as eventful as many had hoped.

St. Preux threw out some light leg kicks to start. A hard spinning back kick to the body landed for Jones. “Bones” got out of the way of a head kick and avoided a straight right. Jones connected with a side kick to the body. “OSP” couldn’t find an answer to Jones’ ability to keep him at bay. Jones landed a knee to the body and the round came to an end.

Jones caught the leg of “OSP,” but let it go. The two clinched and St. Preux landed a knee that appeared low but time wasn’t called. “Bones” landed an uppercut and a short elbow. A right hand landed for St. Preux. A side kick to the thigh connected for Jones. A right hand found the mark for “OSP.” The round ended when Jones went for a wheel kick.

“Bones” attacked the leg of St. Preux repeatedly at the start of round three. A spinning elbow partially landed for Jones and went for a knee to follow up. A leg kick found the target for Jones. “Bones” threw a high kick and followed up with a jab. “Bones” peppered “OSP” with kicks. The round ended and the fans were getting restless.

The fourth frame began and “OSP” landed a leg kick. Jones took his opponent down, but St. Preux quickly scrambled out. Two elbows connected for Jones and the strikes backed his opponent off. Another takedown was scored for Jones and he wound up in side control. “Bones” landed some short elbows. Jones earned mount and “OSP” gave up his back. St. Preux was getting battered before the horn sounded.

A hard kick to the body landed for Jones early in the final stanza. Jones connected with a spinning back kick to the body. With St. Preux’s back against the fence, Jones scored a takedown. Jones kicked his opponent. The round and fight later came to an end.

Jones was named the winner by unanimous decision and earned the interim light heavyweight title. After the bout, Jones said he didn’t want the interim title and only wanted the real gold that is held by Cormier. When “Bones” was seen walking to the back, he wasn’t holding the interim strap.