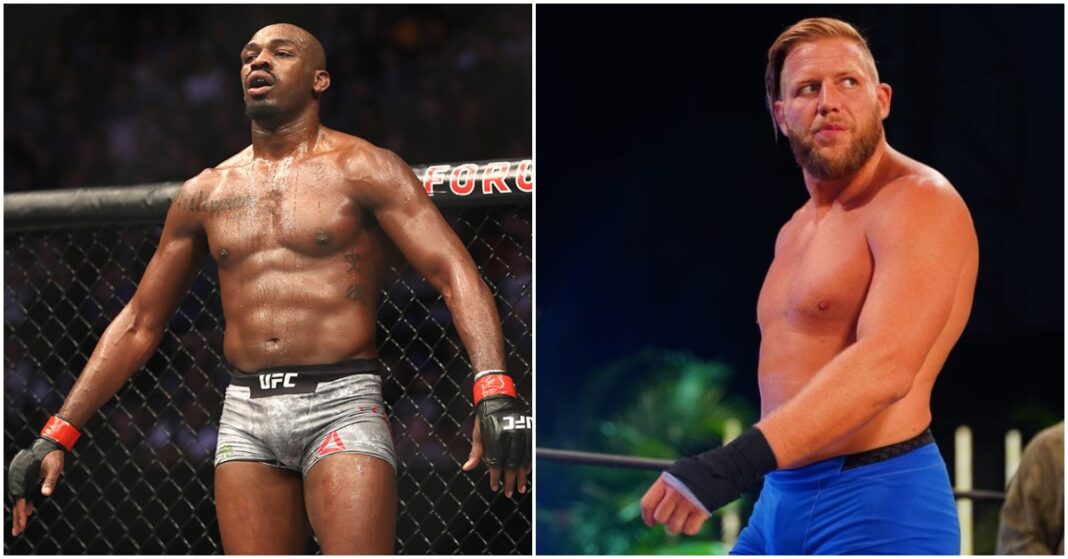 Jones took to his Twitter to call out the former, saying “you can’t gloat about turning down a grappling match with the goat. You had the opportunity of a lifetime, now you’re doing interviews about what you would’ve done.”

The History Between Jon Jones And Jack Hager

Jones had initially tweeted, announcing about the unexpected matchup which was expected to take place earlier this month. “Breaking News!! said Jones “I’m excited to announce I’ll be competing for the number one grappling organization in the world, Fury Grappling! December 9th. I’ll be in New Jersey competing against WWE superstar and undefeated Bellator heavyweight Jack Swagger.”

Hager, who formally wrestled under the WWE promotion as ‘Jack Swagger’, who know wrestles for AEW would initially respond to this tweet by saying “First of all it’s @AEWonTNT and undefeated @BellatorMMA heavyweight Jake Hager, secondly no terms have been discussed or contract signed. we can talk if terms are right.”

Hager would follow this up on an episode of the AEW Unrestricted Podcast by saying “Yeah, you’re [Jon Jones] the greatest of all time, but you’re not going to take me down. I was very excited about it. It seemed like it was going to go down. He jumped the gun early on tweeting it out before we had any details. As far as I know, it’s still in the works, maybe January 9th now. We’ll see.”

Although Jones is considered by some as the greatest martial artists ever and he has a highly decorated ground game, Hager is no slouch when it comes to grappling. along with being an undefeated MMA fighter at 3-0 he is an NCAA All-American wrestler who came fourth in the NCAA tournament. Hager is also The University of Oklahoma single-season record for most pins in the heavyweight division.

Do you think a Jon Jones vs. Jake Hager grappling match is worthwhile?