LowKickMMA.com
Home Cage Warriors Jon Fitch: I Do Extraordinary Things In The Cage 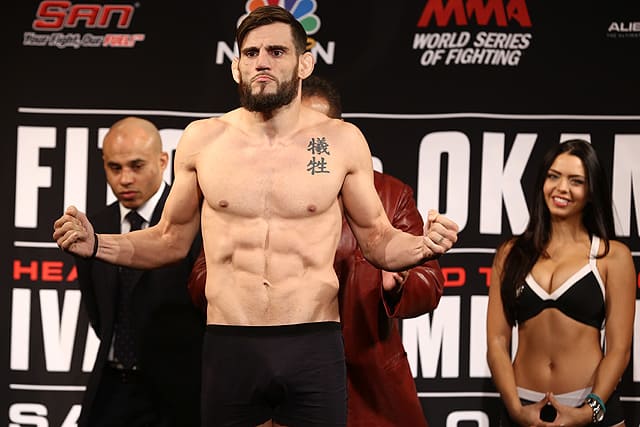 This is quite an interesting fight between two men who have remained relevant in their respective divisions for quite a while now, and it should also be intriguing to see how Okami looks after dropping down a weight class.

Fitch, recently speaking on the fight, feels as if he has a lot to prove, and he plans on going out there and “smashing” his opponent:

“I think this fight with Yushin is going to show people I still belong in the top 10, maybe top five, in my weight class,” Fitch told MMAjunkie. “He’s had a history of beating good guys.

“I plan on smashing him on Saturday, earning another title shot, and then fixing myself and my legacy in this sport and leaving it as a champion someday.”

Both men have faced a who’s who of respectable fighters, and both have competed at the highest level, but ultimately came up short. That being said, both men are looking to stay on top tonight, and Fitch believes he has the advantage, noting that he makes grown men look like children:

“I make grown men look like children,” he said. “Most people have no idea how to deal with what I do in the cage. I’m an average person, average athlete, and I do extraordinary things in the cage.”

Fitch, who currently sits at an even 2-2 inside the WSOF cage, has undoubtedly been a world class competitor for the majority of his career, but the same can also be said for his Japanese opponent.

Which veteran will come out on top tonight in Connecticut?