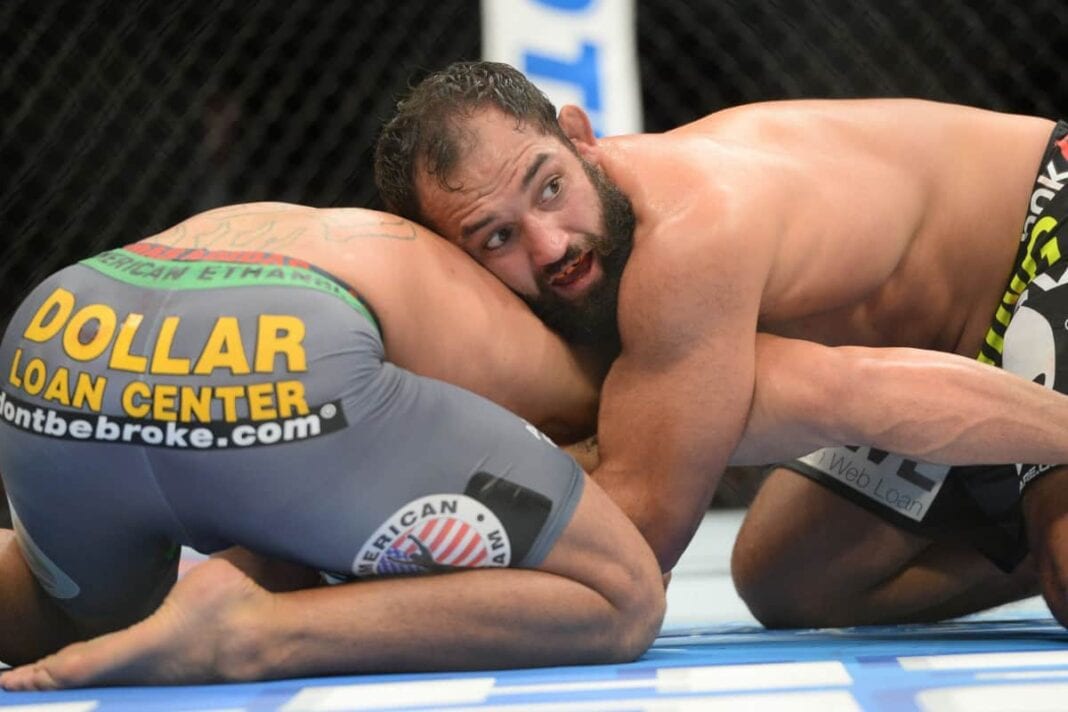 Former UFC welterweight champion Johny Hendricks appeared well on his way to picking apart Robbie Lawler at last night’s (Sat., December 6, 2014) UFC 181, but a late round surge from “Ruthless” saw him win the belt from “Bigg Rigg” with a controversial split decision.

With plenty of experience being on the wrong end of the judges, Hendricks could certainly complain that he did enough to win the fight with his controlling wrestling gameplan.

However, when he spoke up at the post-fight press conference, “Bigg Rigg” chose not to take that route. Instead, he focused on his view that he didn’t do enough late in the bout:

That’s my job, and that’s sort of what it was. I didn’t stay light on my feet like I should have. I should have done a couple other things to secure my win, but you get in the lost in the moment, and that happened to me, and I’ll be back, I’ll be back.”

Hendricks gave a brutally honest assessment of his performance, because it’s clear that Lawler’s effective strikes in the fourth and fifth rounds while he went for endless unsuccessful takedowns most likely sealed the upset win.

While the former champion came back early from biceps surgery to fill in for injured middleweight champion Chris Weidman, Hendricks wasn’t willing to use that as an excuse for the loss.

He gave Lawler his due despite his belief that he had done enough to win:

“No, hey I can’t do that. I’m not gonna take nothing away from Robbie Lawler. Robbie fought good. He deserved to get his hand raised tonight. I just thought I won, you know what I mean? But I didn’t do it to the judges. Some reason, out here in Vegas, I don’t get the win.

I tried to knock him out; guy’s got a jaw. I got a jaw, so whenever it comes down to that, you sort of have to leave it to them, and it just wasn’t my night.”

When asked which of his two performances against Lawler was better, Hendricks surprisingly chose tonight over his title-sealing victory at UFC 171:

“Definitely tonight; just not the fourth and fifth round.”

At the end of the day, Hendricks was open and honest with his self-assessment, admitting that he needs to change some things up in his camp. He said he’s going to reconsider cutting so much weight as he gets older:

You know, I’m going to make that decision, I’m going to work with Mike Dolce, stay around 195, do everything right, because I had that belt and I want it back.”

Much has been made of “Bigg Rigg’s” voracious appetite, but the sobering loss to Lawler made him realize that he loves the UFC belt more:

“I love food, don’t get me wrong, and that’s going to be a tough decision, but I love that belt even more.”

Hendricks took the loss like a man, and he knows what he did wrong and how to fix it. The next welterweight title shot had been promised to Rory MacDonald, but after a night like last night, it’s no surprise to hear Dana White say he wouldn’t mind seeing Lawler vs. Hendricks III.

Even if it doesn’t happen immediately, it could certainly happen at some point down the road. And when it does, rest assured that a possibly streamlined “Bigg Rigg” will be ready.