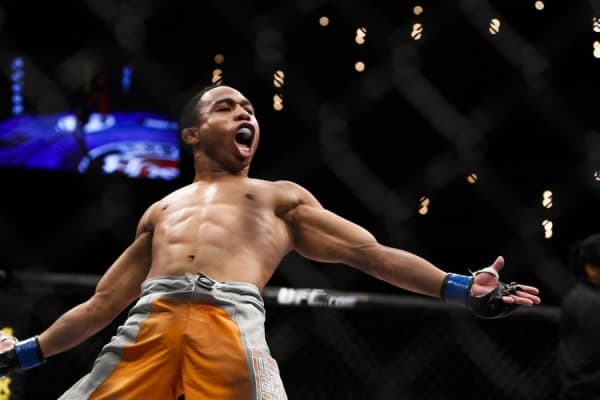 A new bout has been announced for UFC Fight Night 120, and it features a fantastic showdown.

The UFC has booked a pair of bantamweight sluggers for the upcoming event, according to Farah Hannou. John Dodson will square off with former World Series of Fighting champion Marlon Moraes.

As of this writing, the UFC has yet to make the upcoming bout official. The MMA (mixed martial arts) promotion is expected to announce it shortly. In the meantime, Dodson later announced the matchup himself on his Twitter account.

Dodson (19-8) has been on a rollercoaster ride as of late as he has been alternating wins and losses since 2015. The former title contender has picked up wins over Zach Makovsky, Manny Gamburyan and, most recently, Eddie Wineland in April. As of late, he lost to current flyweight champion Demetrious Johnson and John Lineker. Dodson returned to bantamweight following his loss to Johnson at UFC 191 in September 2015.

On the flip side, Moraes (18-4-1) was on a 13-fight winning streak, with five successful title defenses before his UFC arrival. Once he finally decided to jump over to the UFC, he dropped a split decision to Raphael Assuncao at UFC 212 in June, which marked his promotional debut.

UFC Fight Night 120 is scheduled to take place on November 11, 2017, at the Ted Constant Convocation Center in Norfolk, Virginia. The main card will air on FOX Sports 1 while the preliminary card will split air time on FS1 and the promotion’s official streaming service, UFC Fight Pass. A lightweight bout between Anthony Pettis and Dustin Poirier is expected to serve as the night’s main event. Here is the updated card: