LowKickMMA.com
Home UFC News John Dodson Has Been Released By The UFC 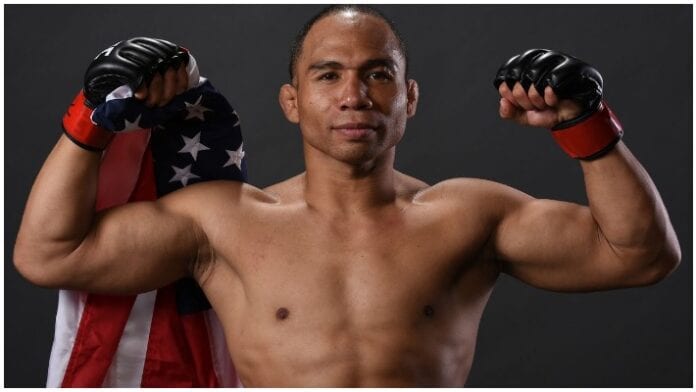 Two-time UFC title challenger John Dodson has been released by the promotion after suffering defeat against Merab Dvalishvili in his most recent outing.

MMA Fighting was the first to report news of The Ultimate Fighter Season 14 champions departure from the UFC. The news was then confirmed by Dodson’s manager Ricky Kottenstette confirming the report to be true.

“We are excited to see what other offers are out there for John,” Kottenstette said. “John is 100 percent committed to his fight career and he’s not diminished in his skill set whatsoever.

“John has fought the absolute best in the world in two weight classes and he’s still more than ready face elite competition. We look forward to talking to any and all promotions to find John the best home for his future.”

Dodson spent almost a decade in the UFC after picking up a first-round TKO win over TJ Dillashaw to be crowned TUF champion back in 2011. The 35-year-old quickly rose to the top of the bantamweight division, beating Tim Elliott and Jussier Formiga on his way to a first UFC title shot. Dodson fell short against 125lb GOAT, Demetrious Johnson in 2013. The bout was close and competitive but ‘Mighty Mouse’ ultimately ran out a clear winner. Dodson later got another Johnson but was beaten much more comprehensively. It was a defeat that triggered a move up in weight to 135lbs in 2016.

Since joining the UFC bantamweight division Dodson has struggled for form losing five of his last nine fights. Despite being outsized at 135lbs Dodson managed to pick up good wins over Nathaniel Wood, Pedro Munhoz, Eddie Wineland, and Manny Gamburyan. However, he was unable to beat many of the best bantamweight fighter including Dvalishvili, Petr Yan, Jimmie Rivera, Marlon Moraes, and John Lineker who all edged him on the scorecards.

Are surprised to hear John Dodson has been cut?