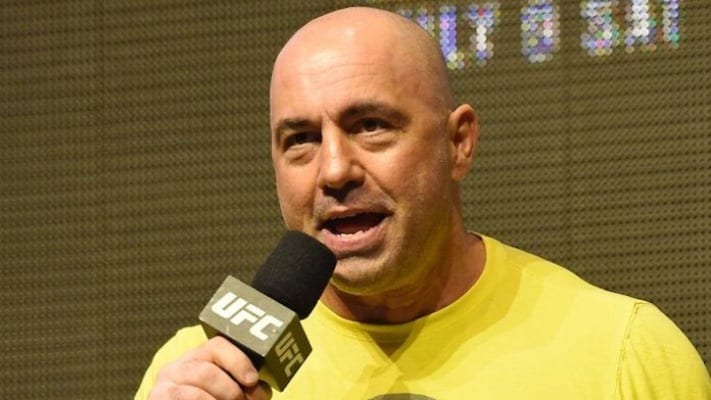 In the main event of the night, UFC light heavyweight champion Jon Jones edged out Dominick Reyes after five rounds. However, many believed Reyes was robbed of the decision, as he likely took the first three rounds of the contest. Despite this, the Texas judges awarded Jones the decision victory.

One judge even scored the fight 4-1 for “Bones,” a scorecard many agree is atrocious. This sparked outrage from longtime UFC commentator Joe Rogan, who took to the broadcast after the fights ended to rip into the judging in mixed martial arts (MMA). Rogan suggested the UFC work with the commission to find a solution, but knows the commission wouldn’t ever allow such a thing because they want to maintain control of everything. (H/T MMA Mania)

“I can’t argue about this enough. I can’t get angry enough,” Rogan said. “I’ve done it so many times. For anyone to think that was 4-1 Jon Jones, that person’s insane! They’re insane. Dominick Reyes put on a hell of a fight tonight and to disrespect that performance by that kind of judging is insane.

“It’s unfortunate because it’s one of the biggest sports in the world, it’s – in my opinion – the most exciting sports in the world. Incompetent judging. Incompetent judging and a poor system. If we got together the best minds in mixed martial arts and the best journalists and fighters and they tried to figure out a way that we could agree on a scoring system that makes more sense, it would be nice.

”And clearly there’s a giant issue with people judging that really don’t understand martial arts. They judge boxing. Boxing you’re dealing with two weapons. A variety of different ways to use them, but two weapons. With mixed martial arts there’s just so much more to it.”

Rogan has been one of the leading voices in MMA calling for solutions to the ongoing issues in regards to UFC scoring system for years. Oftentimes boxing judges find themselves scoring MMA bouts, and in states like Texas, who don’t have a history of hosting big MMA fights, the judging is suspect. Hopefully a solution to issues like these is found soon, but the commissions will likely need to work together with the sport’s leading organization to do so.

What do you make of Rogan’s comments on the scoring overhaul for MMA after UFC 247?