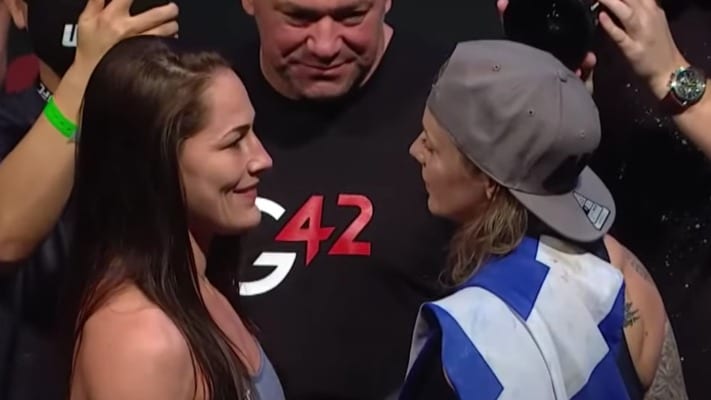 Next up on the UFC 257 main card is a women’s flyweight tilt between Jessica Eye and Joanne Calderwood.

Round 3: Eye is aggressively early on as she pushes Calderwood to the fence and clinches her up. She looks for a takedown but Calderwood is defending well. Both fighters continue to dirty box. Calderwood is the more active, however, as she lands a wide array of strikes. She lands a big elbow as Eye is bloodied up. The fight comes to an end.