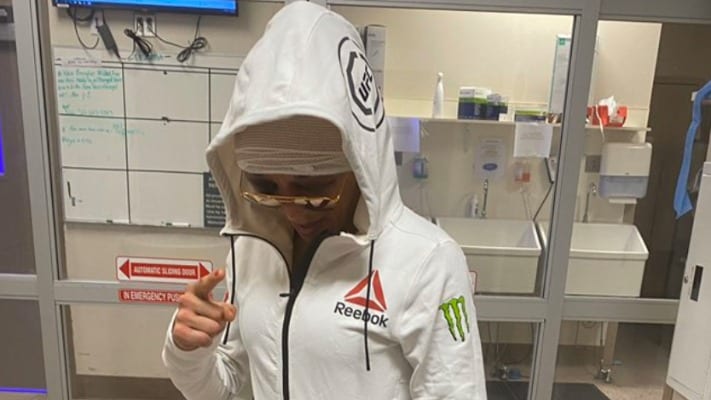 Nearly two weeks removed from her UFC 248 war with Weili Zhang, Joanna Jedrzejczyk‘s face looks to have made a near-full recovery.

Jedrzejczyk battled Zhang for the strawweight title earlier this month in a 25-minute back-and-forth encounter that saw the latter eventually earn the split decision verdict.

Although many praised it as the greatest fight in women’s mixed martial arts history, for Jedrzejczyk, the disappointment was compounded by the damage done on her face as she notably suffered a huge hematoma on her forehead.

A week after the fight, the former champion showed her healing progress as she donned a mud mask to cover up the bruises on her face while her forehead had gone back to normal.

Now a further week since, only a few bruises remain on Jedrzejczyk’s face as she posted an update on Friday.

“What’s up?!? Still fighting with jet lag so I woke up at noon? But did a nice cardio run – 7km, two online interviews and I’m ready to do my studies online.? Keep on busy during quarantine.?? Be safe guys!✊? Love ya all.❤️ Thank u for the support.?? Talk to ya soon.? How are ya feeling??”

A few more days of recovery and it will look like Jedrzejczyk never competed at all.

What do you think of the progress Jedrzejczyk’s face has made?