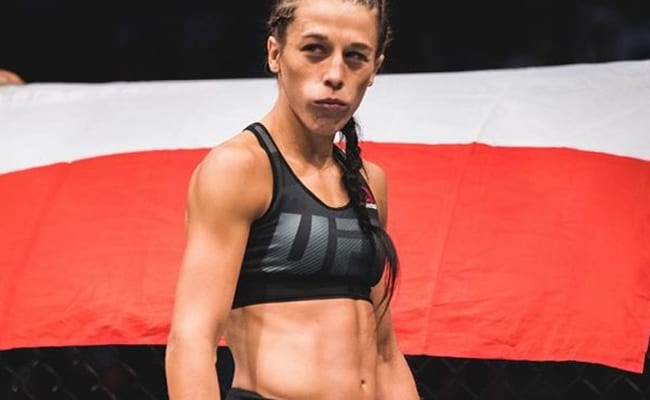 Joanna Jedrzejczyk fired back at Stephen A. Smith for his latest comments.

The controversial ESPN commentator recently made headlines when he stated that he wasn’t a fan of women in combat sports.

“When I think about pugilistic sports, I don’t like seeing women involved in that at all,” Smith said. “I just don’t like it. I wouldn’t promote legislating laws to prohibit them from doing so, but I don’t want to see women punching each other in the face.

“”I don’t want to see women fighting in the octagon and stuff like that, but that’s just me. What I would adamantly be against is them fighting men. I don’t think that’s cool. Plus, you don’t ever want to give men license to believe that it’s all right to be physical with a woman, to be quite honest with you. You don’t want to do that.”

Those comments naturally saw Smith come under fire from many in the combat sports world. And former UFC women’s strawweight champion Jedrzejczyk decided to personally respond to him on Wednesday.

“I appreciate your transparency @stephenasmith . Although I wish everyone at ESPN—and throughout the world—saw women’s sports in a positive light, I assure you that we women don’t need your support.”

Smith hasn’t responded as of yet, but much like the criticism directed at him last year for his comments on Donald Cerrone, it wouldn’t be a surprise if he clarified his comments soon.

What do you make of the whole situation?