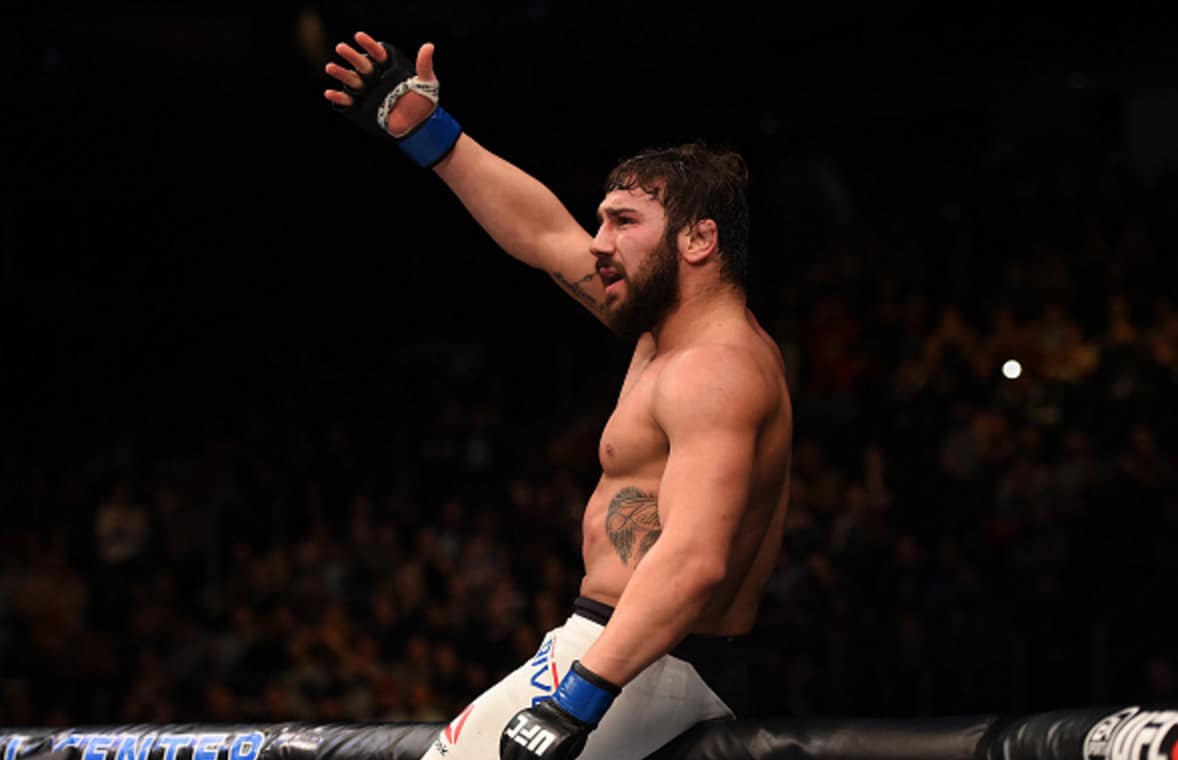 Jimmie Rivera sets sights on two big names as he continues to get back to his hot streak of consecutive wins.

Former WSOF champion Marlon Moraes was able to finish Rivera by strikes after landing a huge head kick to win the bantamweight headliner at UFC Utica.

This marked Rivera’s first loss since November of 2008 and now holds a pro-MMA record of 21-2. Coming into this headliner, he was on a 20 fight winning streak, but that has been snapped.

Rivera got back to his winning ways when he picked up a decision win over former title contender John Dodson on the main card of the UFC 228 pay-per-view event at American Airlines Center in Dallas, Texas.

Now, he has made it clear that he wants a fight against either former UFC bantamweight champions Dominick Cruz or Cody Garbrandt.

“Obviously my ideal is always to fight T.J. (Dillashaw for the title),” Rivera told MMAJunkie recently. “I know he might be in the works for a fight, or the Henry (Cejudo) fight might happen. Other than that, Cruz.

He said he was hurt last time; he ducked me. Get in there. I beat (Urijah) Faber and I would love to beat someone else from Team Alpha Male. I would love to fight Cody Garbrandt. I just want to keep moving forward.”

Garbrandt and Cruz currently don’t have their next fights lined up so it’s possible that the UFC can make one of these fights happen.

Garbrandt is coming off a KO loss to UFC bantamweight champion TJ Dillashaw at the UFC 227 pay-per-view event. On the flip side, Cruz was expected to return to action last December. However, that was not meant to be as he was forced out of a UFC 219 showdown with Rivera due to a broken arm.