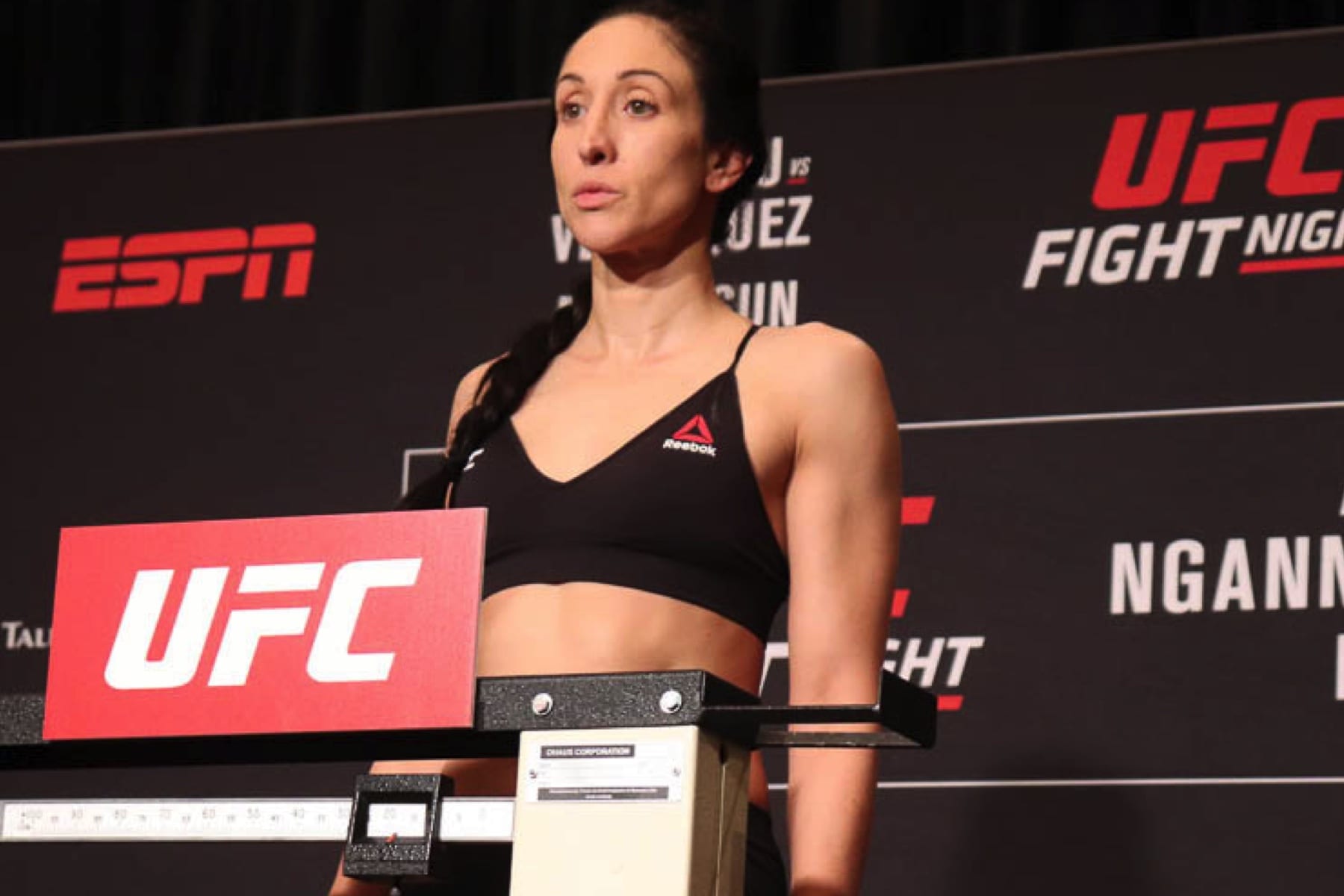 Jessica Penne is planning to fight USADA (United States Anti-Doping Agency) on her latest doping charge after slamming the organisation on social media.

In line with the UFC’s anti-doping policy, all fighters can dispute findings and appeal against any punishment handed down. However, fighters are responsible for all legal costs attributed to this process. For the majority of fighters, the cost of this is simply too much. Penne estimates she’ll need $40,000 in order to fight this case.

The UFC strawweight has now turned to the public in search of help, setting up a GoFundMe Page, in the hope of raising enough money to defend herself against these allegations.

“We are setting up this campaign on behalf of our client, Jessica Penne. Jessica is a UFC strawweight who has been wrongly suspended for the last 3 years by USADA for claims that are proven invalid. She served the suspension but again has been accused of a violation in which her along with the help of the UFC have found to be a mistake. She spent all of her remaining savings on the testing of products to fight and prove her innocence which paid off (as the tests came back in her favor). She now has all of the paperwork that proves her innocence but is left in the position to have to fight USADA head on in court. This campaign is set up to help raise the money to cover the legal fees and save her career before its to late. From here team here at SuckerPunch Entertainment we thank everyone for their support and we are ready to fight this and get her back in competition.

This comes after USADA responded to claims from Penne that she was effectively bullied into a premature retirement. The 36-year-old wrote a lengthy social media post on Friday, which blasted the doping agency. This followed another drug test failure, having already served an 18-month suspension for an earlier infraction.

“Given Jessica Penne’s public statement, we can confirm her positive test for stanozolol. However, there are many factual inaccuracies and unfounded allegations in her statement, including that she has been forced out of UFC.

“In fact, she has exercised her right to contest her case before an independent arbitrator, per a request USADA received after she released her public statement. Under the UFC Anti-Doping Policy, all athletes have the right to present the facts and circumstances during a full evidentiary hearing. We look forward to the opportunity to present the facts and evidence through this process.”

Do you think USADA’s treament of Jessica Penne is wrong?