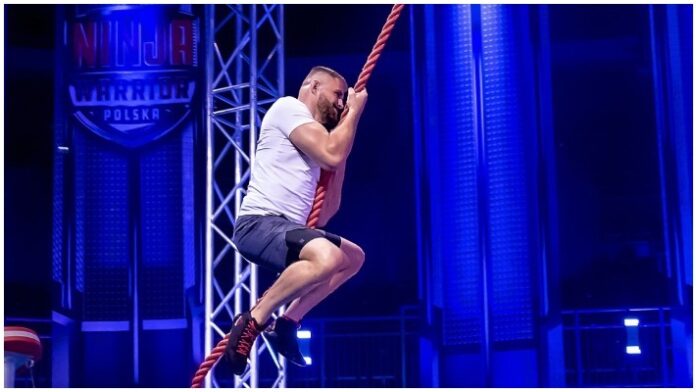 UFC light heavyweight champion Jan Blachowicz has emerged as one of the most dominant names in the promotion, but the same can’t be said for his ‘Ninja Warrior’ skills as he showed during a recent Polish TV appearance.

Blachowicz is just weeks away from his highly-anticipated showdown with Glover Teixeira at UFC 267. He has won five straight bouts including title fights against Dominick Reyes and current middleweight champion Israel Adesanya along the way.

But his TV appearance on Poland’s version of ‘American Ninja Warrior’ didn’t exactly go according to plan. Despite a hyped-up entrance that reminded fans of his UFC walkouts, Blachowicz couldn’t avoid wiping out as he attempted to hop his way over a pool of water.

Aside from wiping out, it was fairly impressive for the 205 pound MMA champion, who managed to make it through a few obstacles leading up to the wipeout. Blachowicz’s native Poland has treated him like a king since earning the UFC light heavyweight championship at UFC 253.

“See what happens when I don’t have my lucky bracelet with me?” Blachowicz wrote in a Twitter post.

Before his success in the UFC, Blachowicz competed in Poland’s KSW promotion and even went on to eventually earn and defend the promotion’s light heavyweight championship before moving on to the UFC. His move to the UFC didn’t start off well, losing four of his first six fights, but he eventually found a home at light heavyweight and emerged as the titleholder.

It’s clear that while Blachowicz could continue his UFC title reign long-term, he doesn’t have a future in any sort of parkour career path. Despite falling short on the show, he clearly enjoyed the experience and is truly beloved in his home country.

Blachowicz’s upcoming fight against Teixeira is a matchup between two veterans of the division, with the 205-pound title once again on the line for both men.