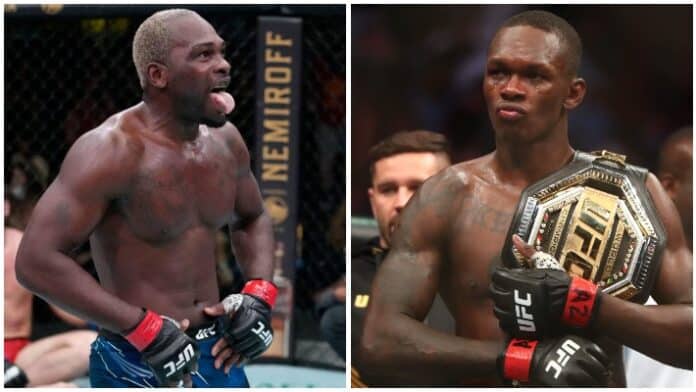 In 2018, ‘Stylebender’ put on a striking clinic to take out Brunson inside one round when they fought at UFC 230.

Since then, Brunson has won five straight fights. Most recently, the 37-year-old put on a dominant display to take out Darren Till inside three rounds at UFC Vegas 36.

Now, Brunson wants to redeem himself by facing Adesanya for the title. The surging 185lb contender is even willing to travel to New Zealand for the match-up.

“I was just thinking how bad I want that fight, how I know I can get the job done,” Brunson told MMA Junkie. “Shock everybody, surprise everybody. I’m so good at going in somebody’s backyard and just silencing the crowd. I’m not an A-hole with it, but I’m going to go enjoy the moment. That’s like the perfect scenario is fight Izzy in his backyard, avenge the loss, take the title for all the marbles. That would be lit.”

“It’s all purely competitive,” Brunson added. “I want to make him eat his words. I want to give him a nickname that’s going to stick with him also. I think this could be one of the biggest fights in UFC middleweight history. I think the action is going to be there. I’m going to be up for that fight. I’ll put in a great training camp, the buildup will be great. I think it has a lot of potential.

“I would definitely like to fight Izzy again. I just know that fight – it left a sour taste in my mouth,” Brunson concluded. “It wasn’t a good representation of myself. Izzy has a lot of hype, a lot of momentum. So I would like to cool that.”

Do you want to see Derek Brunson vs. Israel Adesanya II?