LowKickMMA.com
Home UFC News Jan Blachowicz Shares Injury That Forced Him Out Against Rakic: “It Was... 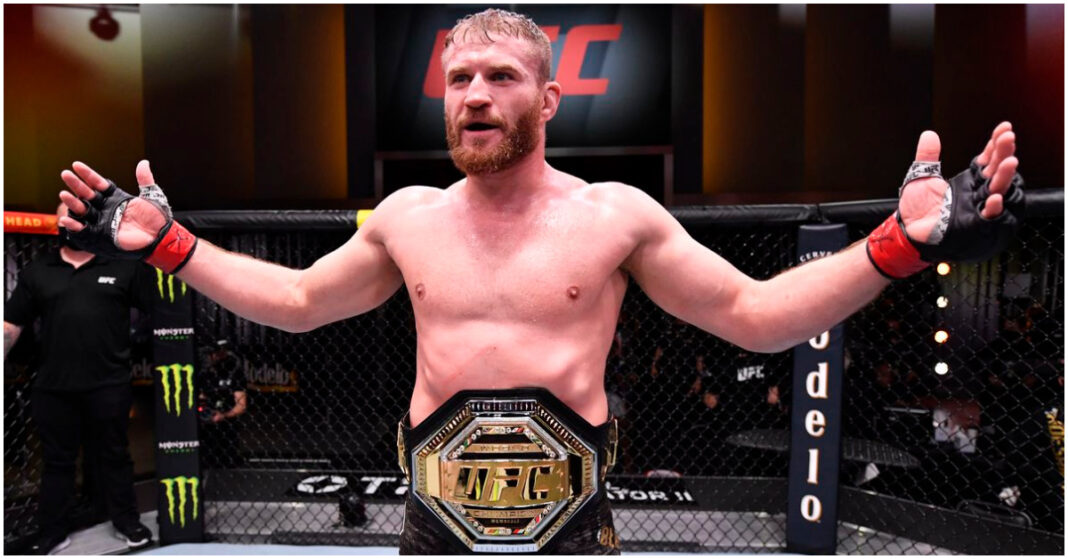 Former UFC light heavyweight champion Jan Blachowicz shared the scary injury that forced him to withdraw from the fight against Aleksandar Rakic.

Jan Blachowicz detailed how he lost control of one side of his body. Originally scheduled to face Aleksandar Rakic in March, ‘The Legendary Polish Power’ pulled out of the fight due to the pain in his neck that got progressively worse with time.

Speaking to MMA Fighting about the injury, Jan Blachowicz stated how the pain showed up without any discernible cause.

“I wake up [on] one of the Mondays, and I feel a pain in my neck,” Blachowicz said. “I think maybe I just slept bad, and that’s why I felt the pain. In the gym, we did some drills, and I took one shot on my guard, and I felt a really hard pain in my neck, and I cannot feel my left hand and left side of my body.”

The fear began to rise in the fighter’s mind as he realized the temporary paralysis of the left side of his body.

“It was completely off, paralyzed. Then I think, it’s not a normal pain. It’s something worse. I go to the doctor, we do an MRI and I have something [a disc] in my neck that puts pressure on the nerve. That’s why I had this feeling that I could not feel my left side.”

Not aware of what the exact issue is, Blachowicz feared the worst saying, “It was scary. You don’t know what happened. You can’t move your left hand. It was a weird feeling for me. A new thing, a scary thing.”

Jan Blachowicz underwent initial examination and MRI scans to determine the cause of his injury. Based on the results, he was injected with medicine to help ease the pressure on his spine which led to his feeling sensations coming about again.

He was thankful for the quick treatment as he avoided the need for surgery on his neck.

“The doctor said we’ll see after three weeks [if you need surgery],” Blachowicz recalled. “If rehabilitation helps, then we don’t need surgery. If it doesn’t help, we’re going to have to do some surgery, but I’m a lucky guy. No surgery, just rehabilitation and medicine.

“They gave me some medicine, they put in my neck some medicine, four weeks of rehabilitation and I was ready to start my training again for 100 percent. I can train with that but only light technique, no sparring sessions, nothing hard. Just pads, bags, bikes, running something like this nothing hard. Four weeks of easy training and after four weeks of rehabilitation, I’m back to the gym and I started doing sparring sessions and everything at 100 percent. Now I’m healthy. I don’t feel pain, I feel good.”

Although he returned to training quickly, Blachowicz feels like he made the right call to delay the fight. They’ve now been rebooked for UFC on ESPN 33.

“Maybe a couple of years, I would do everything to do this fight, but now, I’m a little bit older, a little bit smarter,” Blachowicz said. “I cannot do stuff like that. After my UFC career, there is still life to do, living with my son and stuff like this so now first of all, I have to be healthy and then I can fight.

“I will not risk my health to doing that. First of all, I need to be healthy and then I can do the fights.”

Are you excited to see Jan Blachowicz take on Aleksandar Rakic at UFC on ESPN 33?