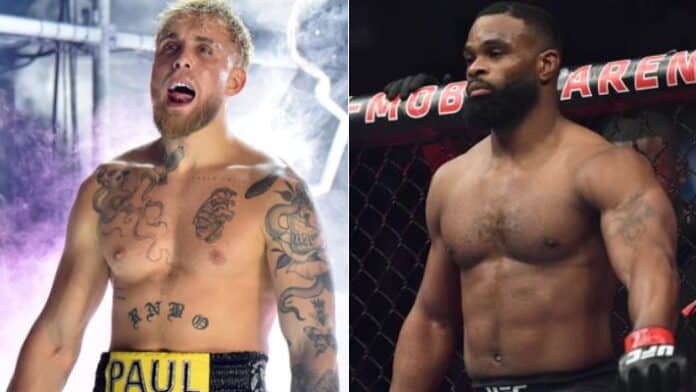 The salaries for Sunday’s Showtime boxing event have been released, and it looks like Jake Paul and Tyron Woodley both made out well.

The card was headlined by a highly anticipated match between YouTube sensation Paul and former UFC welterweight champion Woodley. The younger Paul brother took over the fight early and weathered some heavy shots late to eventually earn the split-decision victory. The win pushed Paul’s professional record to 4-0, while Woodley fell to 0-1 after his debut.

According to documents obtained by MMA Junkie from the Ohio State Athletic Commission on Tuesday, both Paul and Woodley took home a flat salary of $2 million each.

Leading up to the bout, Paul – an outspoken advocate for increased fighter pay – said he would be willing to take money out of his purse to pay the undercard fighters directly. Now that we know how much money he earned, it will be interesting to hear if he ends up following through.

As with every disclosed purse, it should be noted that these numbers are just their contracted show purses. They don’t include any percentages from pay-per-view buys, ticket and merchandise sales, or bonuses handed out by the promotion.

The entire list of disclosed payouts from the Ohio commission is as follows:

Are you surprised by the salaries? Let us know!