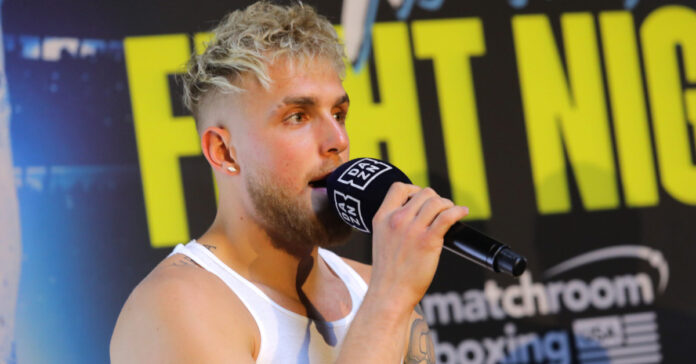 Jake Paul will return to action this weekend when he faces off against former UFC middleweight champion, Anderson Silva, in a boxing match at the Desert Diamond Arena in Glendale, Arizona.

This will be the third occasion in which Jake Paul will take on a former UFC competitor, having already faced Tyron Woodley and Ben Askren. Paul has established relationships with a number of UFC fighters both active and retired since he became more involved in the welfare and aftercare of these athletes.

Although this is a positive for those competitors he is trying to support, it has resulted in Jake Paul being banned from attending any live UFC events. Whilst speaking to current middleweight champion, Israel Adesanya, Paul revealed the news that he would not be able to come and show his support in person for the champion’s next title defense at UFC 281 vs. Alex Pereira

During their discussion, Paul revealed that offensive chants directed towards him resulted in him being escorted out of the venue from the most recent event he attended. He would also go on to claim that the son of UFC president Dana White was directing racial slurs toward him as he was leaving.

In what will be his toughest test to date, Jake Paul is tasked with defeating former UFC champion, Anderson Silva. The build-up to their fight has been relatively respectful, with Paul previously claiming Silva to be one of his idols within combat sports.

So much so that the pair have even agreed to partake in a friendly wager dependent on the results of their matchup. Paul has agreed to face Silva in a kickboxing matchup should he face defeat this weekend. The YouTube sensation originally offered to take on the Brazilian in an MMA bout, but it was quickly switched to kickboxing. If Silva does win, he would be expected to have an easier task in a kickboxing matchup against Paul given his wealth of experience.

On the other side of this wager, Anderson Silva has agreed to join forces with Paul to help create a united fighters association in order to provide better care for these athletes.

One of his former champions joining forces with someone who has tried to cause him many issues in order to better help his athletes, just how do you think Dana White will feel about this?

Who do you think will win in the matchup between Jake Paul and Anderson Silva?