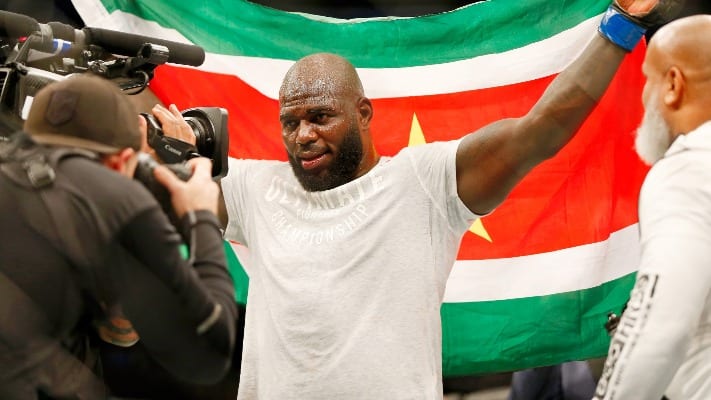 Jairzinho Rozenstruik is a fan of Jon Jones moving up to heavyweight.

Although there is no word on who his first opponent would be, there is an expectation that he will face the winner of the upcoming Stipe Miocic vs. Francis Ngannou title fight which takes place at UFC 260 on March 27.

And Rozenstruik is notably excited by his arrival and is viewing it as motivation for himself.

For now, Rozenstruik is set to face promising prospect Ciryl Gane on March 13 and continue to stake a claim for a first title shot.

However, he hopes he eventually crosses paths with Jones in the future especially as he views the latter as the greatest of all time.

“If you get that fight you’re going to be even more motivated, and yeah, you would be working harder for what’s coming. Jon Jones is one of the best, but that doesn’t mean that you want to lose against Jon Jones. You want to win against the best. To be the best, you have to beat the best.”

Who would you take in a potential Jones vs. Rozenstruik matchup?