LowKickMMA.com
Home UFC News Jacare Still Believes The Next Title Shot Will Be His 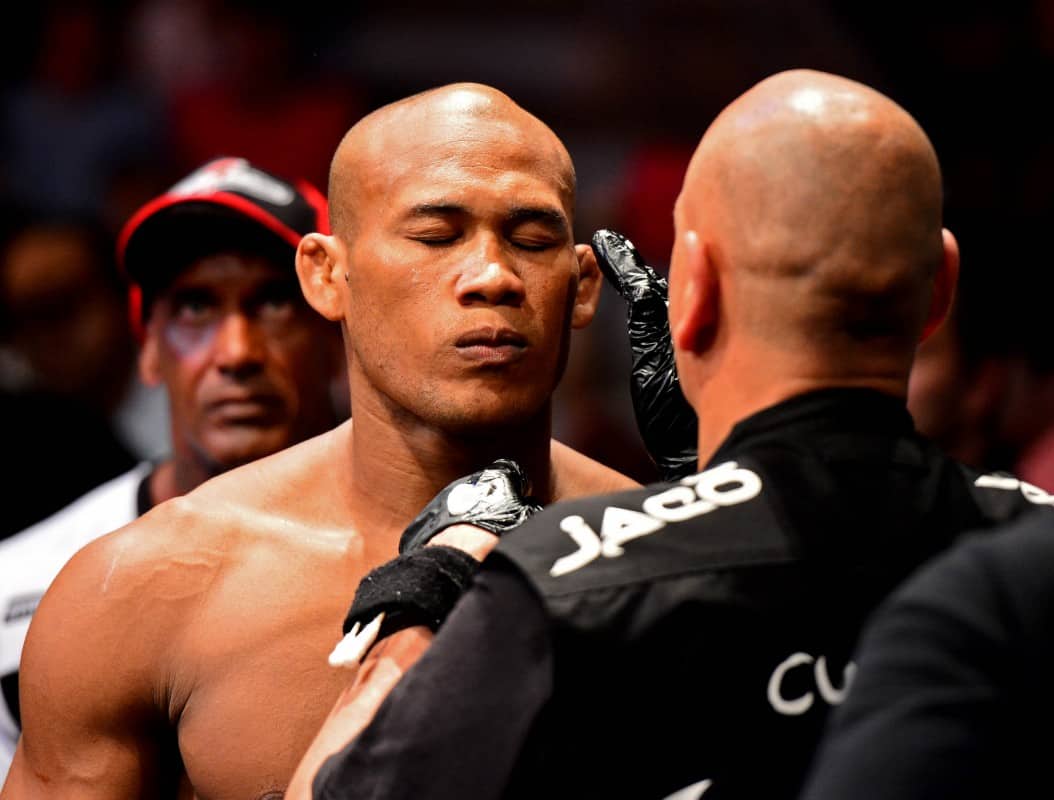 Top-ranked UFC middleweight Ronaldo “Jacare” Souza was planning on facing Yoel Romero for the next title shot in the co-main event of this Saturday night’s (April 18, 2015) UFC on FOX 15 from Newark, New Jersey, but instead he was faced with a not-so-stellar rematchwith veteran Chris Camozzi after the “Soldier of God” got hurt.

There’s not a whole lot to suggest that Camozzi has a legitimate shot the second time around, as he was promptly finished by a first round arm triangle back at UFC on FX 8. That loss marked the beginning of a four-fight losing streak resulting in Camozzi’s release, but he earned a UFC return by being the only man brave (or foolish) enough to take on the red-hot Jacare on just six days’ notice.

Despite the relentless fashion in which he dispatched of Camozzi the first time around, Jacare isn’t going to rest on those laurels. He told MMAjunkie that he remains focused on beating a new and improved version of Camozzi instead of automatically expecting an easy win:

“I am focused to go and fight and win. That fight is back in the past; it already happened. What’s going to happen Saturday is something new. I don’t think, ‘Oh, I won the first time. It’s going to be easy.’ It’s not. It’s a new fight. I know he knows my game. He’s going to be better this time. On my mind is getting a win and getting ready for the title shot.”

It seems like the perfect mindset from the elite contender, as Jacare has everything to lose and not much to gain by beating an unranked contender he’s already destroyed.

The general consensus is that the winner of UFC on FOX 15’s Lyoto Machida vs. Luke Rockhold main event will get the next shot at 185-pound gold, but Jacare still thinks that honor will be his with another impressive performance:

“It doesn’t change a thing. I’ll be the next guy to have an opportunity for a title shot.”

Souza may not believe anything has changed, but the facts of the matter probably do mean that he would indeed have to win at least one more fight even if he beats Camozzi as the odds would overwhelmingly suggest.

Jacare would have eighth straight wins, but with Romero out, he may unfortunately just be left out in the cold for the time being.