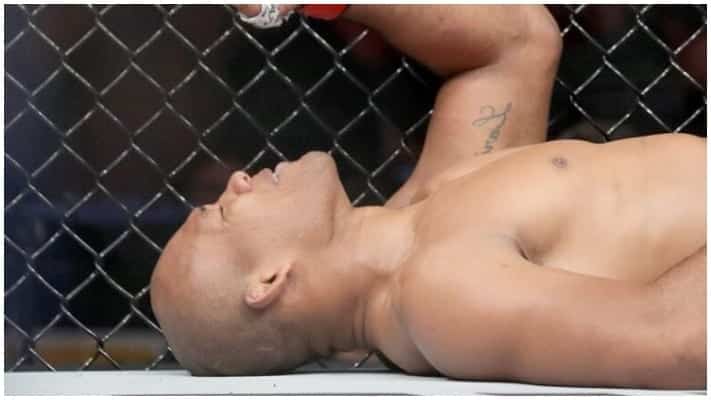 Jacare Souza lost his first bout of 2021 at UFC 262 against fellow Brazilian Andre Muniz. It was the first submission defeat of his mixed martial arts career, ending in an audible, first-round armbar. This is also the first time the former Strikeforce champion was defeated in consecutive fights that both ended by stoppage.

Souza was transported to a local Texas hospital promptly after the fight. According to MMA Fighting by virtue of Rickson Moraes, Souza’s long-tenured doctor, immediate X-rays showed a fractured right humerus, which will require surgery. He will stay in the United States for surgery instead of flying back to Brazil, Souza’s motherland.

Here is the submission that triggered the injury.

This marks Souza’s fourth consecutive loss, far and beyond the longest losing skid of his professional career. It marked just the second time throughout his UFC career that he was stopped in the first round.

As for his opponent, Muniz notched his 14th professional win via submission and is now 3-0 in the UFC since winning both of his Dana White Contender Series bouts in 2018 and 2019, respectively.

With a medical suspension looming and at 41 years of age, what is next for Jacare Souza?