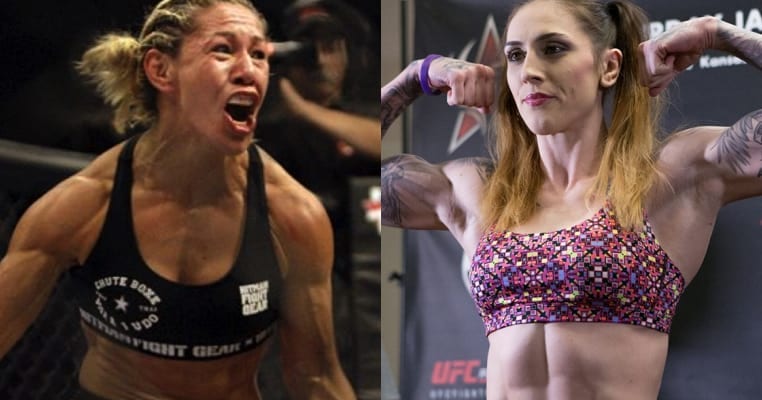 The last couple of weeks have featured perhaps the most media coverage of Cristiane “Cyborg” Justino’s decorated and controversial MMA career.

The former Invicta FC featherweight champion was first littered throughout MMA headlines for her continued discontent with her employers at the UFC, whom she had continuously pleaded with for a title bout against current Invicta champ Megan Anderson at July 29’s UFC 214 from Anaheim, California.

Then came the UFC fighter retreat and her highly publicized confrontation with women’s strawweight Angela Magana after “Her Majesty” repeatedly mocked her online, which ended with Cyborg charged with battery after she punched Magana and it was caught on video. With Dana White stating the UFC was looking into the “very serious” charges, Cyborg’s fighting future was more up in the air than it ever has been.

And today, we find out that, for whatever reason, Cyborg won’t be battling Anderson, at least not at UFC 214. News came from MMA Fighting that Anderson will take on Invicta newcomer Helena Kolesnyk in the main event of Invicta FC 24 on July 15 from the Scottish Rite Temple in Kansas City, Missouri. Kolesnyk is an unbeaten prospect with a 5-0 (1) record.

Cyborg reacted to the booking by wishing Anderson luck (via MMA Mania):

“I wish Megan good luck. The fact she is fighting an undefeated 5-0 fighter at 145 proves there are women I could have been fighting in the UFC at 145 pounds the entire time I’ve been signed to the promotion instead of undersized girls being forced up a weight class once they’ve suffered a few losses at 135.”

She may have a good point, but at this point it’s still uncertain when Cyborg will fight in the octagon next. The UFC is reportedly looking into her fighting former bantamweight title challenger Cat Zingano at some point this year, but nothing has been made official.

Overall, it’s a mild surprise to see Anderson, who won the Invicta 145-pound title by defeating Charmaine Tweet after Justino vacated it in March to continue pursuing UFC glory, as it appeared an obvious choice without a true top-level female featherweight to fight Cyborg, especially with current women’s featherweight champion Germaine de Randamie refusing to fight her as she ponders a return to bantamweight.

As we’ve seen with Cyborg, nothing ever appears easy in her quest to finally hold a UFC belt, and that picture just got a little cloudier today.