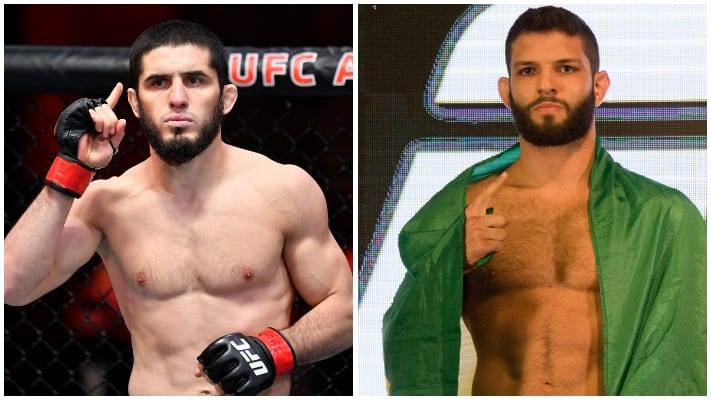 Islam Makhachev is going to get the spotlight his fans have been calling for after all.

The previously announced co-main event will now headline the UFC On ESPN 26 card after Max Holloway was forced out of his bout against Yair Rodriguez. The fight between Makhachev and Thiago Moises is believed to be made a full five-round main event.

Makhachev will enter the content seeded 9th in the official UFC rankings. He has won seven bouts in a row, most recently submitting Drew Dober on the pay-per-view portion of the stacked UFC 259 card. A training partner of former UFC lightweight champion Khabib Nurmagomedov, many believe Makhachev to be a future world champion who should already be in the title picture. He has called out a number of top-10 opponents, but was instead given this fight against Moises.

The Brazilian lightweight is currently ranked 14th in the standings, but was unranked when the match was first put together. However, Moises will enter the bout on a hot streak of his own, picking up consecutive upset victories against Michael Johnson, Bobby Green and Alexander Hernandez. If he is ablt to play spoiler once more, he will immediately see himself placed into the lightweight title picture.

Despite the title implications involved in the fight, it’s still a significant step down in terms of name status compared to Holloway vs Rodriguez. The card for UFC On ESPN 26 looks a little thin throughout, though it will feature the return of Miesha Tate, as she’ll take on Marion Reneau in her first fight since retiring in 2016. It will be interesting to see what kinds of viewership numbers the event pulls in, and what that will mean in terms of how the UFC views Makhachev going forward.

Who do you think will win between Islam Makhachev and Thiago Moises? Let us know!