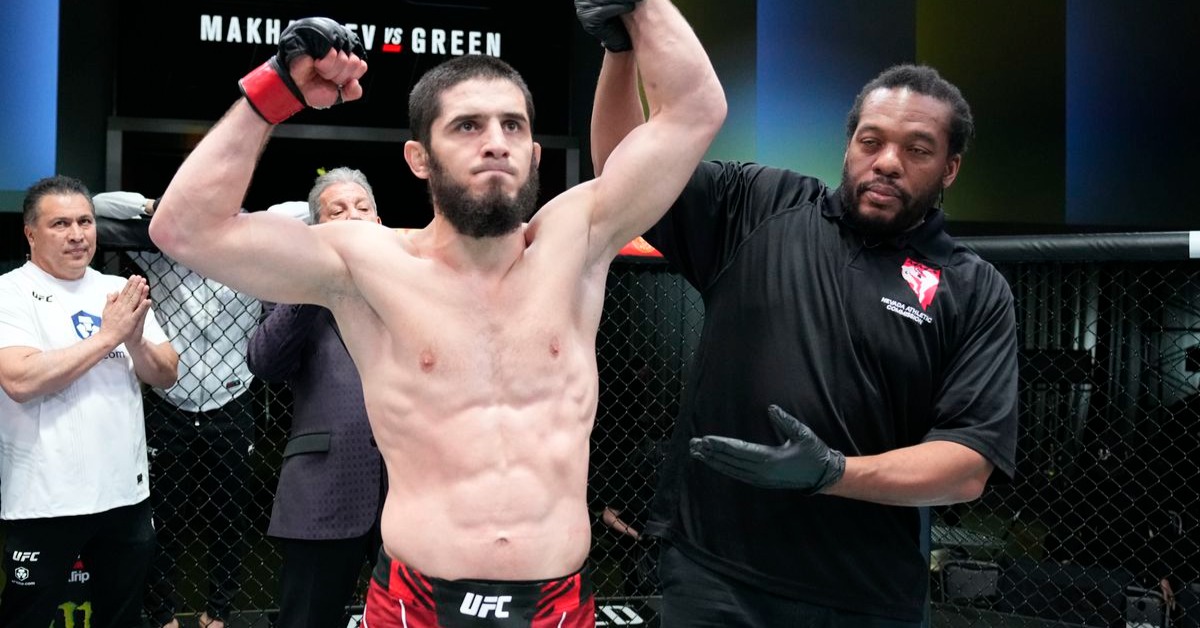 Islam Makhachev has urged UFC president, Dana White to stay up later than usual in order to conclude business deals, after the promotional leader claimed Makhachev had turned down the opportunity to fight Islam Makhachev on just five days’ notice at UFC 272 this weekend.

Reports emerged earlier this week detailing how surging lightweight contender, Rafael Fiziev, had tested positive for COVID-19, and subsequently was pulled from his co-headlining bout with dos Anjos this weekend at UFC 272.

Off the back of a dominant first round win over Bobby Green last Saturday in the main event of UFC Vegas 49, Makhachev offered to fight dos Anjos at the welterweight limit of 170lbs, with the former lightweight champion agreeing to the short notice rescheduled bout.

However, reports detailed how the promotion had eventually landed on a 160lb catchweight matchup of dos Anjos, and his compatriot, recent UFC 271 victor, Renato Moicano for UFC 272 on Saturday – with both dos Anjos and Makhachev placing the blame at each other’s doorsteps for the failed pairing.

UFC president, Dana White then claimed that he believed the fight between dos Anjos and Makhachev was all but done, before waking to find that was not the case, claiming Makhachev had turned down the fight at the final hour.

“I thought we had it done,” Dana White said. “When I went to bed one of the nights, I thought it was done. (I) woke up the next morning and found out they turned it down. Islam (Makhachev) (turned it down).”

As a result of allegedly turning down the bout with dos Anjos, White claimed that Makhachev would now find himself rebooked to fight the #4 ranked, Beneil Dariush after their scuppered UFC Vegas 49 main event next, rather than landing himself a title shot.