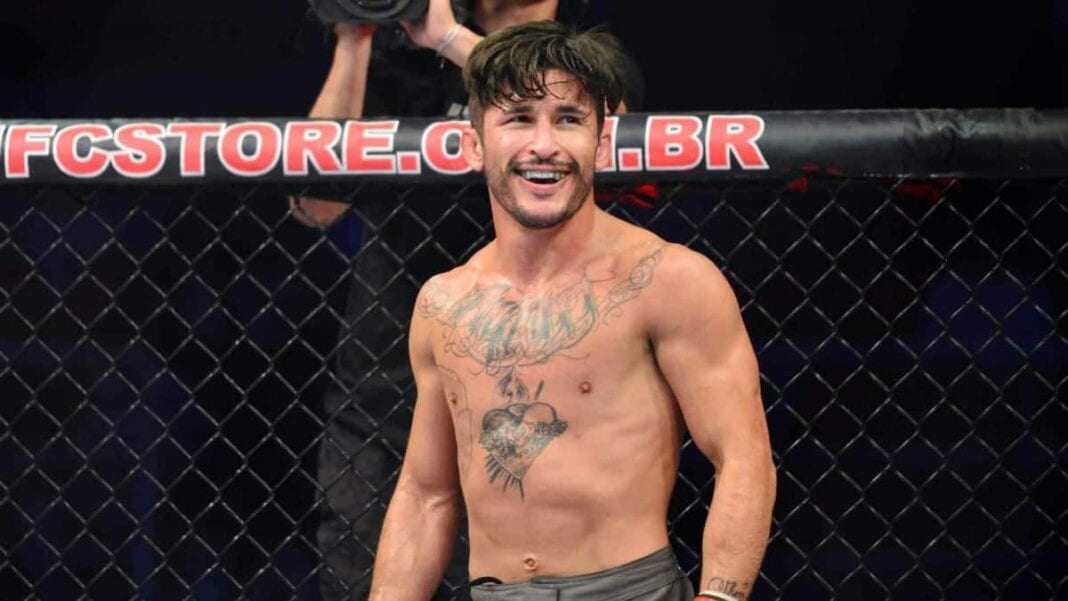 Ian McCall has experienced an unprecedented series of holdups in attempting to finally set foot back into the octagon, but thankfully, he won’t be suspended for the most recent one.

A report came today detailing that “Uncle Creepy” will not be suspended for using two bags of IV fluid following his withdrawal from a scheduled bout against Jarred Brooks at February’s UFC 208 from Brooklyn, New York. McCall pulled out of the bout on February 11, the day of the fight, and had been given two bags of intravenous fluids the day before on the recommendations of Dr. Jeff Davidson of the UFC and UFC vice president of athlete health and performance Jeff Novitzky according to MMA Fighting. McCall did successfully make weight for the contest.

Under the new and increased anti-doping policy the UFC has with USADA, IV usage is banned and usually carries a suspension with it, but McCall was granted a therapeutic use exemption (TUE) in a statement from USADA:

“After a thorough investigation of the circumstances surrounding the potential violation, which included the retroactive TUE application process, USADA determined that the athlete had a diagnosed acute medical condition for which the use of an intravenous infusion is consistent with the standard of care. Because McCall’s TUE application was granted retroactively, his use of a prohibited method will not result in an anti-doping policy violation.”

USADA clarified the situation further using its guidelines to note that while IV use is outlawed, fighters may be given them if the situation “has an acute medical condition where an IV line was essential for treatment in a hospital admission, surgical procedure, or clinical investigation,” leading to McCall’s TUE.

The former title contender has seem multiple fights fall apart in recent years due to one reason or another, and last competed back in January 2015 when he lost a decision to John Lineker, who now competes in the 135-pound division. Before the recent downward run, McCall was considered the flyweight to have given now-dominant champion Demetrious Johnson the closest fight in their draw back in March of 2012, albeit before “Mighty Mouse” evolved to the generational status he currently maintains.