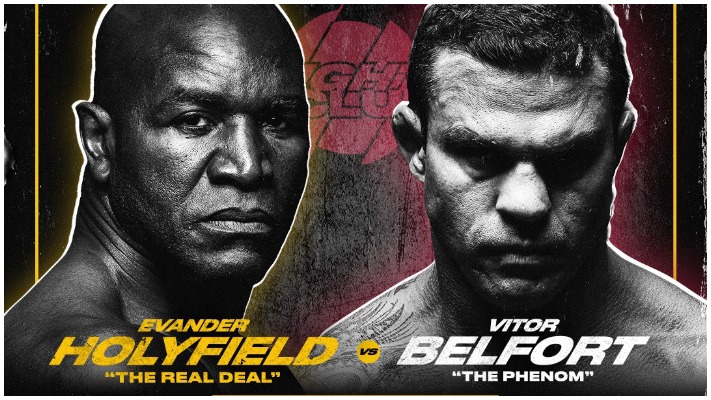 The Triller Fight Club event featuring Vitor Belfort vs. Evander Holyfield and Anderson Silva vs. Tito Ortiz has been relocated.

Belfort was originally set to face Oscar De La Hoya in the main event of the evening and the card was set for Los Angeles until De La Hoya contracted COVID-19 and withdrew from the fight.

Holyfield quickly answered the call to step in on one weeks’ notice to face ‘The Phenom’. The 58-year-old has been preparing for a comeback fight for more than a year now. Holyfield has often been linked to a third fight with Mike Tyson, but a deal for the eagerly anticipated trilogy bout has proved tough to finalize.

The California State Athletic Commission refused to sanction a boxing match between Holyfield and Belfort, forcing Triller to find a new home for their September 11 event. On Sunday, Triller announced the card will now take place in Hollywood, Florida.

Will you be buying the Evander Holyfield vs. Vitor Belfort pay-per-view?