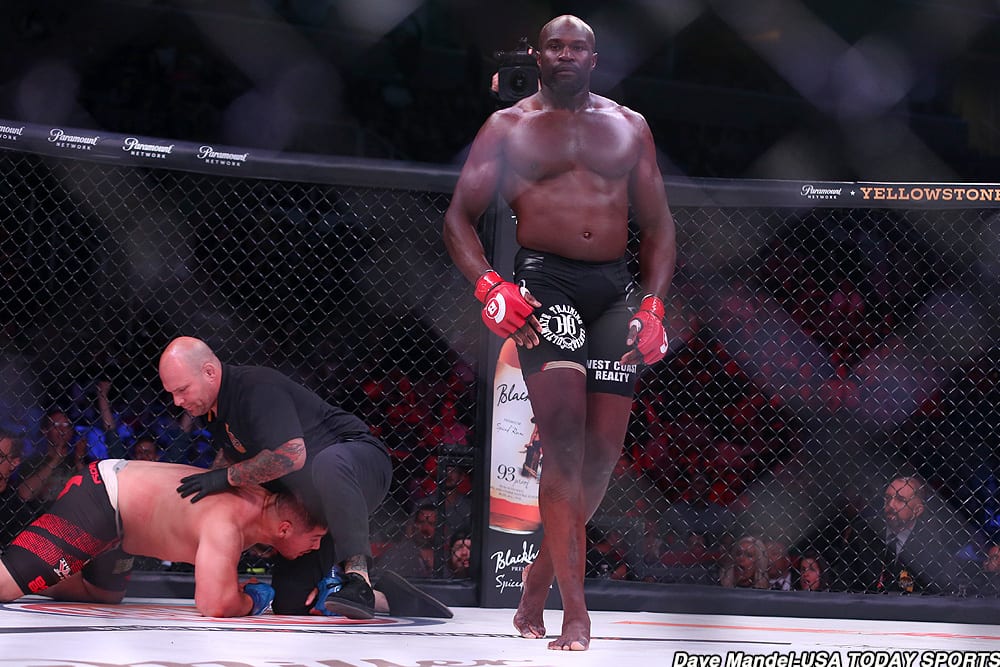 Tonight’s (Sat., October 13, 2018) Bellator 208 from the Nassau Coliseum in Uniondale, New York closed out the Viacom-owned promotion’s back-to-back East Coast weekend. So far, it has not disappointed fans and Cheick Kongo continued that trend.

The Heavyweight Grand Prix is the central focus of this weekend, but there were a couple of other big men fighting on the main card that wanted to make a statement.

Kongo entered Bellator 208 on fire. Having won six straight fights, Kongo possibly could set himself up for a title shot if he can get past his opponent. Tim Johnson is the man tasked with ending Kongo’s impressive win streak. Johnson made his Bellator debut tonight after having a winning record in the UFC.

The French striker seized his opportunity early in the fight. Kongo absolutely smashed Johnson with a flurry of right hands on the ground prompting the referee to end the fight. It was an odd finish where it looked like Johnson gave up rather quickly.