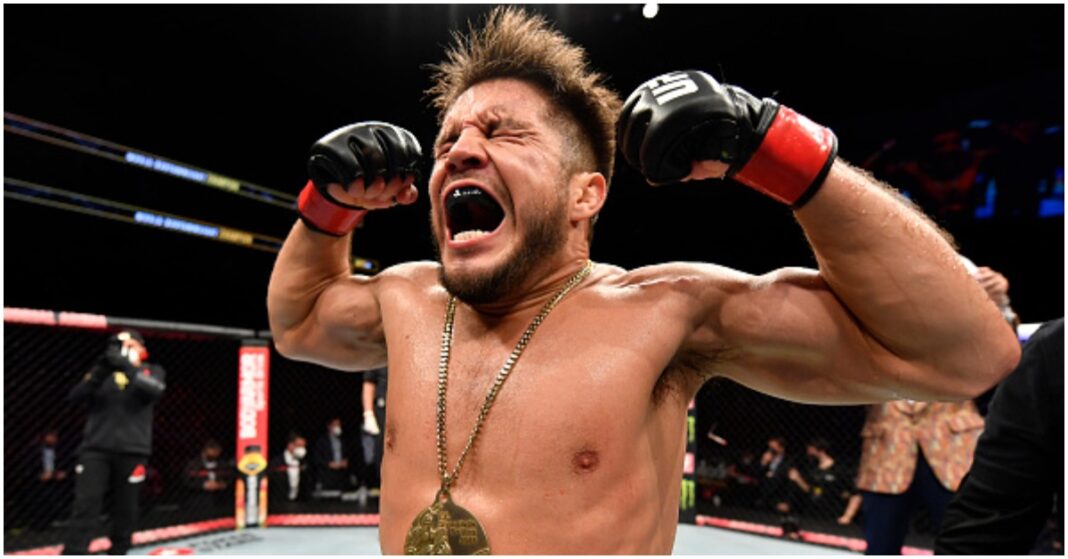 After a beautiful knockout victory by Song Yadong at UFC Vegas 50, Henry Cejudo would seize the moment by making fun of his former opponent Dominick Cruz on Twitter after Yadong’s callout of Cruz in his post-fight interview.

“The Kung Fu Monkey” looked savagely impressive during the fight, dispatching the veteran Marlon Moraes in round one with a gorgeous uppercut. This would be the fourth knockout loss in a row for Moraes, and an elated Yadong would take the mic afterward and call out the former champion Cruz.

“Ding Dong. Who’s there? SONG YA F’N DONG! This dude is a problem. Only 24 years old?!?! Watch out bantamweight! #UFCVegas50” Cejudo would start off with.

Of course, “Triple C” wasn’t done there. Henry Cejudo would take a shot at Dominick Cruz himself while he was at it.

Of course, Cejudo is referencing their fight two years ago back in 2020 at UFC 249. In that bout, “Triple C” would get the best of Cruz: finishing him with two seconds left on the clock in round two. A knee would start the finishing sequence, but overall it was the steady ground and pound from Cejudo that caused the referee Keith Peterson to stop the matchup.

Obviously, with such little time on the clock, Cruz was outraged at the stoppage. He was livid because Cruz said he was still moving and trying to advance his position. Not only that, but he said he smelt a very strong odor of “booze and cigarettes” on Peterson before the fight.

Nothing was ever proven, and it’s worth mentioning fellow referee Herb Dean vouched for Peterson and said he didn’t even smoke cigarettes at all.

What do you make of Henry Cejudo’s comments on Yadong’s Dominick Cruz call out? Leave your opinion down in the comments below!