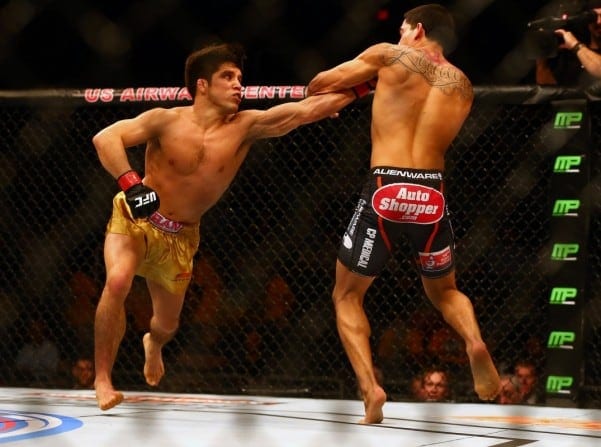 Olympic gold medalist Henry Cejudo was rumored to be facing Joseph Benavidez at October 3’s UFC 192, but was left without an opponent when news arrived earlier today that “Joe Jitsu” would face Ali Bagautinov at the Houston-based card.

The No. 5-ranked Cejudo quickly found a new opponent, however, as the promotion announced that he will face No. 3 Jussier Formiga at November 21’s The Ultimate Fighter (TUF) Latin America 2 Finale event from Arena Monterrey in Monterrey, Mexico.

Cejudo comes in off of a unanimous decision win over a game challenger in Chico Camus at June 13’s UFC 188 from Mexico City. It marked his third straight decision win after he defeated Chris Cariaso and Dustin Kimura by decision as well. Cejudo will be on a short leash as he seeks to continue proving he can make flyweight without a problem.

TUF Latin America 2’s finale will be headlined by a pivotal welterweight match-up between No. 5-ranked Matt Brown and Kelvin Gastelum, who will once again attempt to make 170 pounds after a brief stint at middleweight. Longtime veteran Diego Sanchez will also make his featherweight debut against No. 4 Ricardo Lamas.