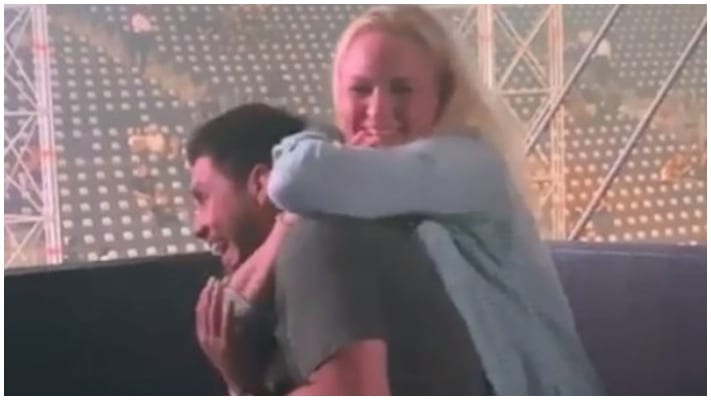 Cejudo has been calling out female fighters such as Shevchenko, Amanda Nunes, Germaine de Randamie and more in recent times. He claimed it was an attempt to become the first intergender champion in the UFC.

“Like I said man, I’m taking anybody from 99 pounds to 149 pounds,” Cejudo said. “And you know what? If Amanda Nunes wants to get it too – Valentina [Shevchenko], I’m calling you guys out too. I take no prisoners!”

Many acknowledge that Cejudo is just trying to make headlines and that all of this is in jest. However, some seem to believe he’s serious and have not taken his callouts too well.

For what it’s worth, it’s definitely not serious as Cejudo and Shevchenko were in Abu Dhabi this week ahead of UFC 242 as guest fighters. The pair had a faceoff before Shevchenko put him in a playful choke.

Cejudo was heard saying, “No mas! No mas!”

So the next time “Triple C” calls out another female fighter like Weili Zhang, don’t take it seriously.