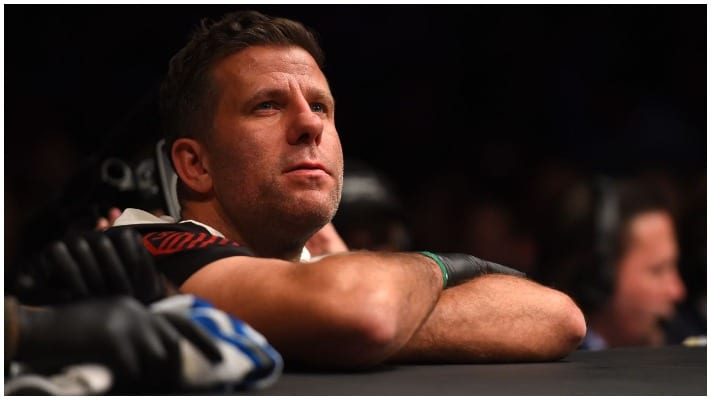 Two of the most well-known MMA coaches Henri Hooft and Greg Jones have been suspended for breaching COVID-19 protocol before Bellator 253 last night.

The two men were seen breaking quarantine by training with their fighter Jason Jackson before the Bellator 253 co-main event against benson Henderson. As a result, both Hooft and Jones have been suspended for three months and fined $500 each by Mohegan Tribe Athletic Department of Athletic Regulation head Mike Mazzulli. Jason Jackson was fined $1,000 for the incident.

Here is the official statement from Mike Mazzulli regarding the breaching of the protocol.

“It came to the attention of the Mohegan Tribe Department of Athletic Regulations that Henri Hooft and Greg Jones did not adhere to the quarantine requirements so, therefore, they will be suspended for 3 months and fined $500 by the Mohegan Tribe Department of Athletic Regulations for violation of the COVID-19 protocols,” Mazzulli said in a statement after Bellator 253. “It should be noted that both Hooft and Jones tested negative for COVID-19 before working the corner of Jason Jackson. In today’s environment, it’s a serious violation and will not be tolerated in the future. If either of the corners had tested positive for COVID-19, Jackson’s fight tonight against Benson Henderson would have been canceled.”

During a brief interview with MMA Junkie, Mazzulli even furthered his comments in a more aggressive manner,

“It’s erroneous (and) disrespectful to Bellator and the industry in general,” Mazzulli told MMA Junkie immediately following the conclusion of the Bellator 253 news conference.” I don’t care who you are when it comes to a trainer. I wouldn’t expect Randy Couture (to break protocol). I wouldn’t expect (anybody) to do this. It’s a public health issue. They were wrong and that’s what they get.”

Mazzulli also further added that if the same team violates COVID-19 protocols again, he will suspend the offenders for one year.

Do you think it’s fair to suspend Henri Hooft and Greg Jones for 3 months for breaking protocol? Should the UFC do the same if it were to see this?