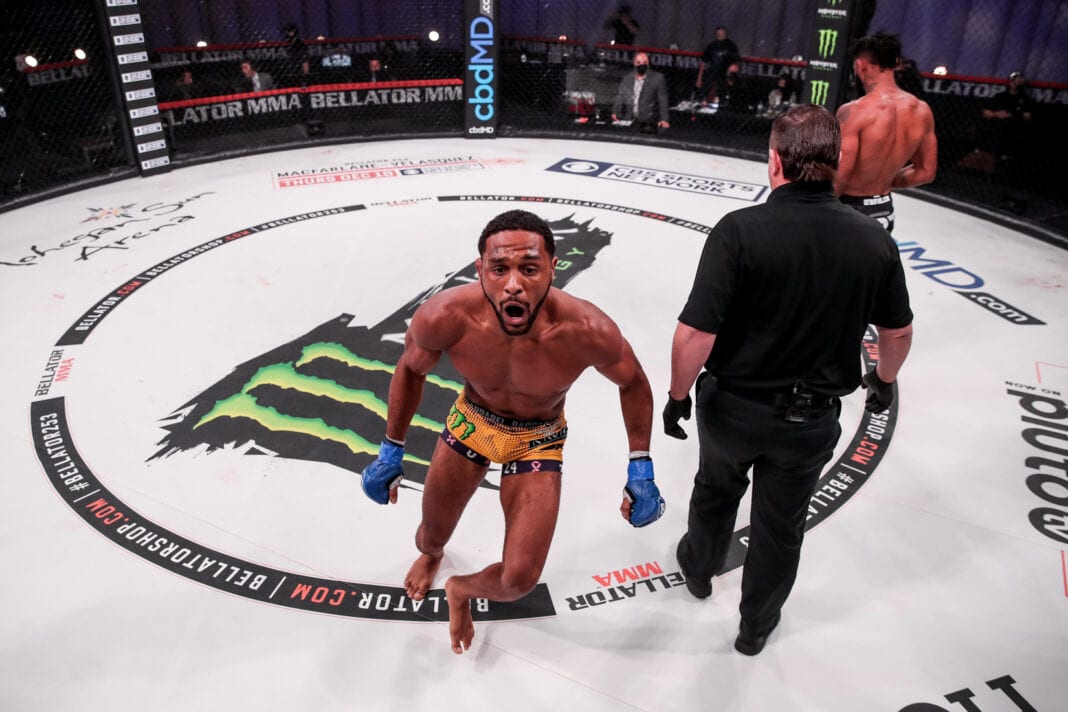 The nine-bout card was headlined by a featherweight clash between A.J. McKee and Darrion Caldwell. The pair clashed in one of the semi-final bouts of the Bellator Featherweight World Grandprix. The card’s co-main event was a welterweight bout between Jason Jackson and Benson Henderson.