LowKickMMA.com
Home UFC News Hasbulla reveals what he said to Sean O’Malley at UFC 280: “I... 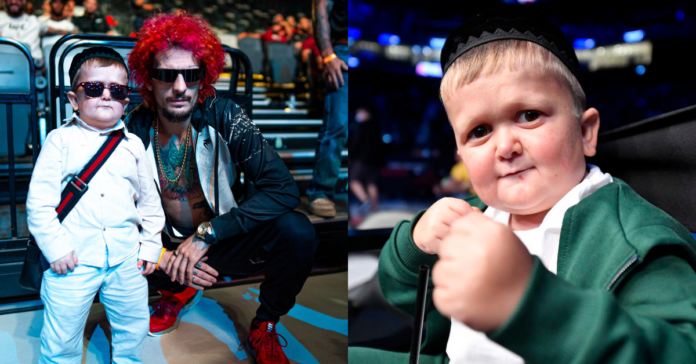 At UFC 280 ‘Sugar’ Sean O’Malley earned a contentious and close decision win over Russia’s Petr Yan. Russian person Hasbulla, who is a UFC employee, had some choice words for the American fighter after the bout.

While speaking to Full Send Podcast, Hasbulla admitted what he said to O’Malley, he said:

“Yeah, I want to paint my restroom at home the same color as his head. As I said, I like everything natural and I don’t like his haircut and color.”

Hasbulla was a friend of Khabib Nurmagomedov and now has been signed as an employee of the UFC. He is often working alongside Russian fighters such as Khamzat Chimaev and Islam Makhachev.

See Hasbulla’s full interview with the Full Send Podcast below:

“I wouldn’t fight him. He’d take me out.

The colorful-haired ‘Sugar’ Sean O’Malley moved to the No. 1 rank position in the competitive bantamweight division after his UFC 280 victory over the former champion Petr Yan. The only person ahead of him is the reigning champion Aljamain Sterling.

In the UFC 280 post-fight interview, O’Malley was asked if he felt that he did enough to warrant a victory, he responded:

“I didn’t know, honestly. I thought it could have went either way. I will have to rewatch it, but this fight is the craziest sport in the world. I had to go somewhere I have never been before and that’s what happens when you fight the No. 1 guy in the world.”

Later on Twitter, he had made a clear decision on who won this fight. He said: