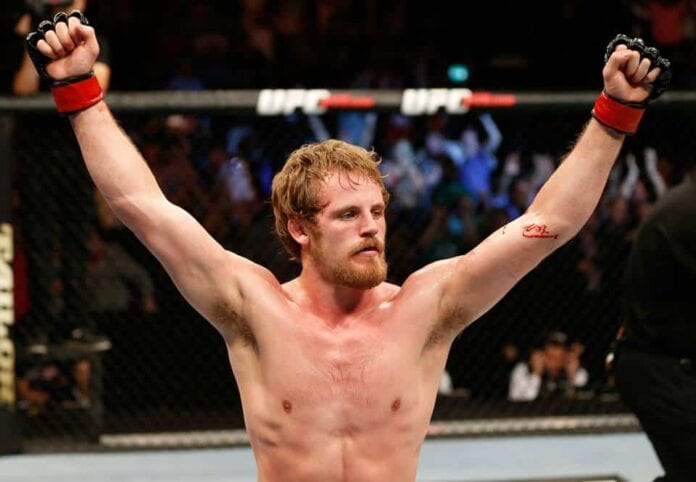 The second bout on the UFC 189 main card in Las Vegas featured a welterweight contest between Brandon Thatch (11-3) and Gunnar Nelson (14-1-1). Both combatants were coming off a loss in their last fight. “Rukus” was submitted by former Ultimate Fighting Championship (UFC) lightweight champion Benson Henderson earlier this year. “Gunni” fell short against Rick Story via split decision last year.

Originally, Nelson was supposed to meet John Hathaway, but Hathaway was injured and had to pull out. Thatch stepped up as a replacement. Unfortunately for “Rukus,” he wasn’t able to get much going in the contest.

Thatch threw some leg kicks in the opening stanza. A few knees to the body landed for Thatch and Nelson connected with one of his own while in the clinch. A quick combination to the chin of Thatch dropped him. Nelson moved to side control and landed some punches before moving to full mount. He went for an Americana and Thatch gave up his back. Nelson landed punches and elbows until he got the rear-naked choke finish.