LowKickMMA.com
Home UFC News GSP vs. Khabib Nurmagomedov In The Works According To Kenny Florian 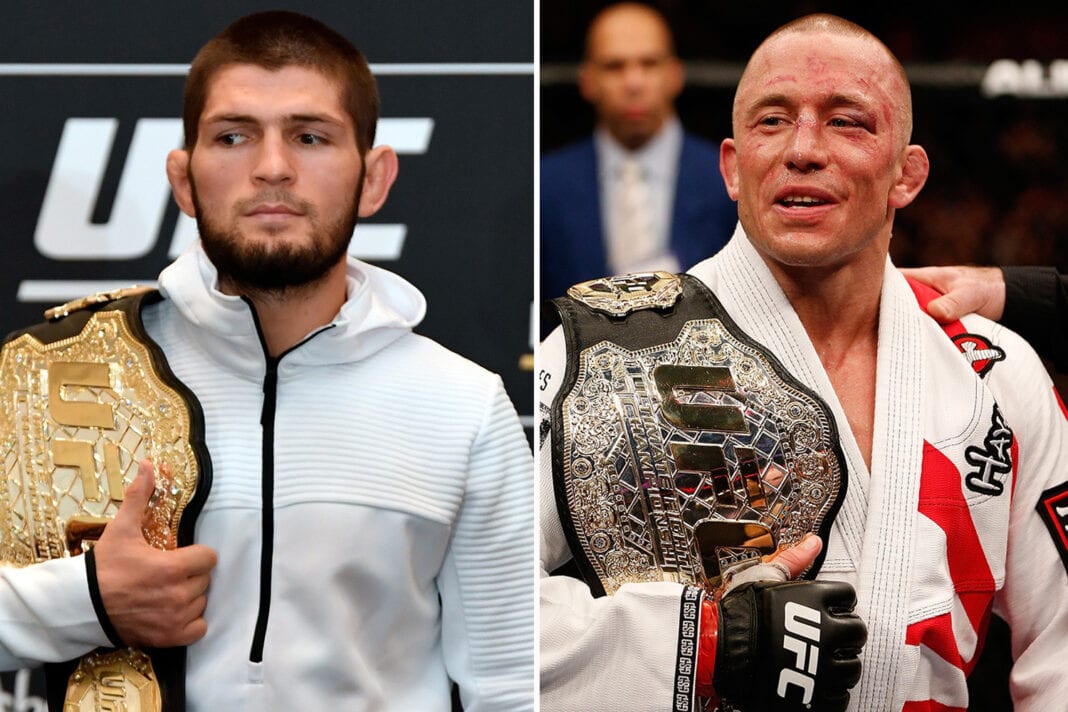 In an episode of the “Anik and Florian” podcast, the former UFC title challenger Kenny Florian stated that according to a “well-known coach”, former UFC Welterweight and Middleweight champion Georges St-Pierre and UFC Lightweight champion Khabib Nurmagomedov are preparing to fight each other.

You can find the clip of Florian talking about the fight below.

“And for me, I think the only fight Khabib Nurmagomedov would come back for would be against a legend of that kind of stature. A guy that did many similar things that he did. And you can kind of bill it as a fight between two of the biggest takedown monsters in UFC.” (Transcribed by Heavy.com)

Nurmagomedov shocked the world in October of last year when he announced his retirement after choking out Justin Gaethje to retain his Lightweight title at UFC 254. However, the undefeated Russian has always talked about his interest to fight “GSP” in a super fight. St-Pierre also dropped several hints in the past that he would be interested in a fight against the UFC Lightweight champion saying that a potential fight “freaking excites me.”

Would you be interested in a super fight between Georges St-Pierre and Khabib Nurmagomedov?