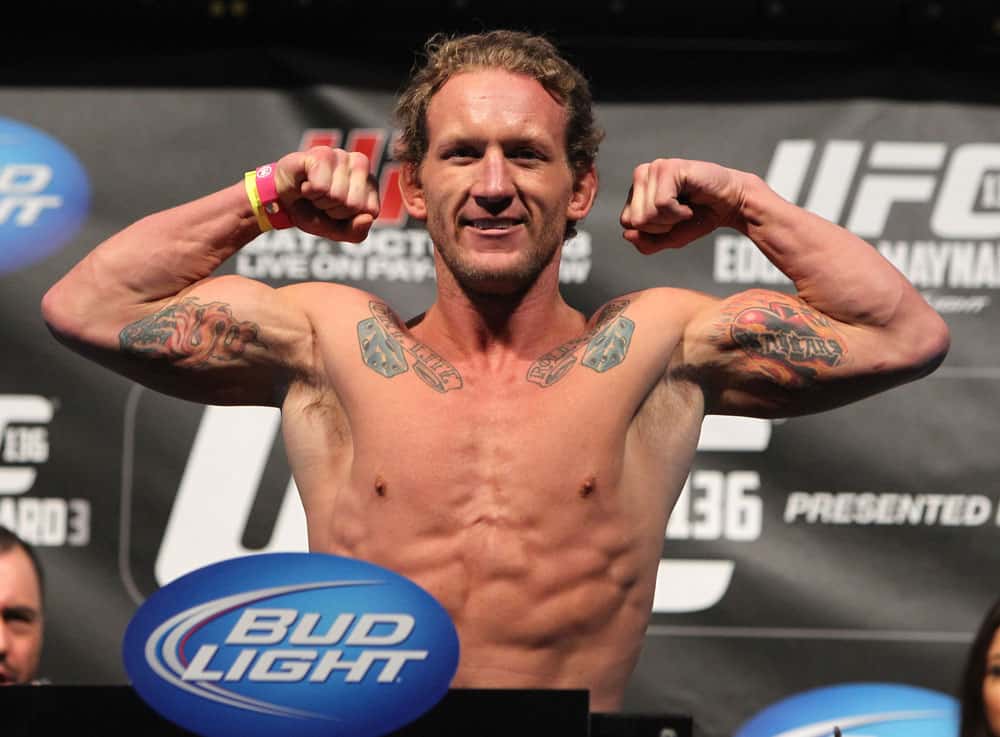 Gray “The Bully” Maynard is a former The Ultimate Fighter (TUF) champion and former lightweight contender, but recently he has hit some rough times. The last time we saw Maynard compete was back at UFC Fight Night 47 last August against Ross Pearson where he was knocked out in the second round.

Prior to this bout, Maynard had lost three of his last four bouts, all by knockout. At the age of 35, losing so often, especially by knockout, many thought it was time for “The Bully” to hang up his gloves for good mainly due to safety issues.

Since his last Octagon appearance, it looks like the former division one collegiate wrestler has gone back to his roots. A few weeks back, Maynard competed in a three-minute wrestling match against featherweight contender Dennis Bermudez in Albany, New York. More recently, “The Bully” competed in the Grapple at the Garden event and secured a decision victory over World Series of Fighting’s Ozzy Dugulubgov.

Looking pretty good on the mats, Maynard spoke up at Grapple at the Garden event to MMAFighting, discussing his future with the UFC:

“I just got a contract done. I talked to Dana and stuff like that. He wanted me to go do all the MRIs and just kind of get checked out from head to toe. He told me, hey man, you’ve got a life after the sport. You’ve got a daughter. He’s cool. He knows my daughter, he knows my girl [Jess], and he just wanted to make sure I got looked at head to toe and he said, if you’re clear, let’s talk. So we talked and I got a new deal.”

This may come as a surprise to many fans, but apparently Maynard believes he has some gas left in the tank. He has even switched up his training, rejoining his original team, Xtreme Couture, in Las Vegas:

“They’ve really changed it up,” he said. “I came back, and I didn’t know how it would be. But it’s back to the team that it started out to be. It’s cool. Such good coaches over there. Everybody’s together and they’re on it, and I’m pumped to be back.”

As far as when we will see him back in the Octagon, it’s looking like a February or March return for “The Bully”. Recently moving his family, Maynard is slowly settling down in Las Vegas and used these wrestling competitions as an opportunity to keep training and keep competing:

“We’re kind of in that stage where we just moved back home,” he said. “We’re trying to get everything organized. It’s cool that these things popped up, because I can still keep competing and still keep training, and it keeps me honest. I’m like, ‘yeah, I better get in the room a little bit.’ I try to stay in the room. This is the toughest sport to train for, and everybody knows that. Wrestling day is always the most dreaded day of any gym.”

Judging off his most recent performances, it’s tough to believe that Maynard can have any more success, especially in the talent rich UFC lightweight division. But maybe going back to his roots at Xtreme Couture can show us a reinvigorated version of the old “Bully” that challenged Frankie Edgar for the belt.

Will Maynard’s new contract amount to anything inside of the cage?