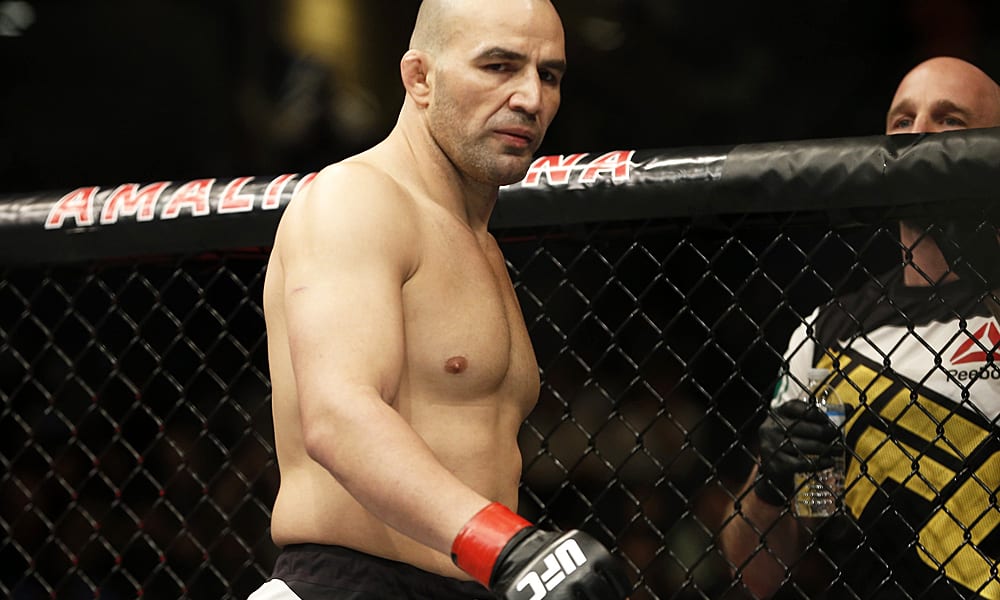 Light-heavyweight contender Glover Teixeira has tested positive for coronavirus and therefore will no longer be fighting Thiago Santos on September 12 according to a report from Combate that reads.

“The Brazilian duel between Thiago Marreta and Glover Teixeira, which would be the main UFC fight scheduled for September 12 in Las Vegas (USA), will no longer happen on this date. The Combat found out exclusively that Glover Teixeira was diagnosed with Covid-19 in an examination done this week in the USA, and the result of which was revealed to the athlete on Wednesday. With that, the fight was postponed to October 3.”

Teixeira-Santos will likely decide who is next in line for the winner of Dominick Reyes vs. Jan Blachowicz who square off at UFC 253 for the currently vacant light-heavyweight title.

The 40-year-old Brazilian is currently on a four-fight winning streak. Last time out Teixeira pulled off a significant upset when he dominated former title challenger Anthony Smith on route to a fifth-round stoppage victory. Prior to that, he picked up wins over Karl Roberson, Ion Cutelaba, and Nikita Krylov.

Santos is fighting for the first time since losing a controversial split decision against former light-heavyweight king Jon Jones at UFC 239 in July 2019. During the fight ‘Marreta’ sustained a torn left LCL, PCL, MCL, meniscus and cracked Tibia along with a partially torn right ACL – he has been healing up ever since.

Who do you think wins on October 3? Glover Teixeira or Thiago Santos?